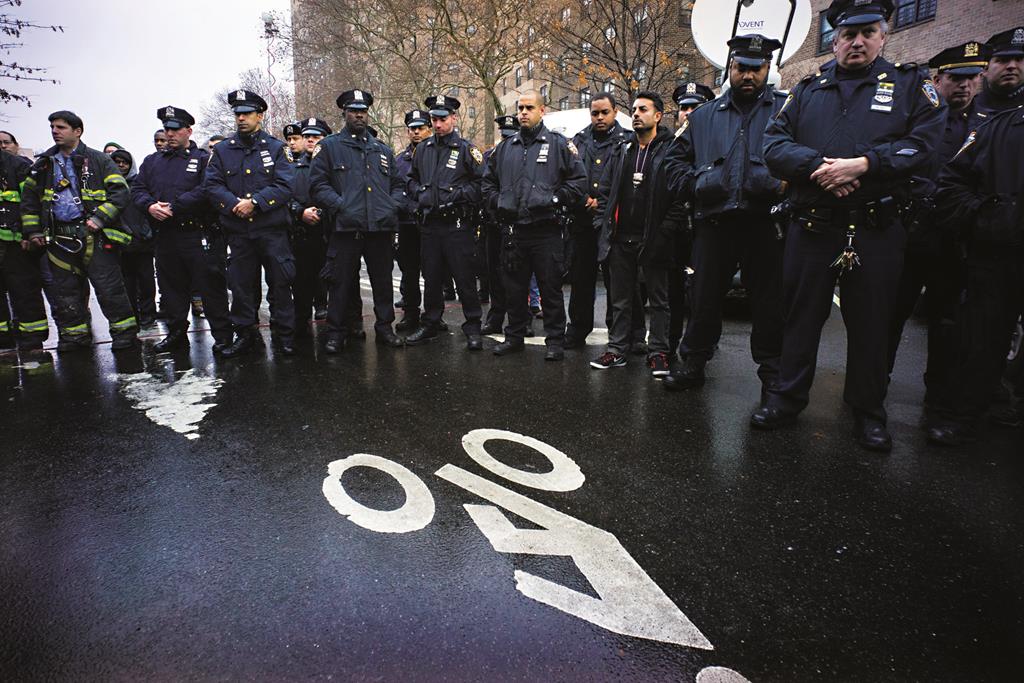 Iconic New York City landmarks including the Empire State Building dimmed their lights for five minutes Tuesday night in honor of the two New York Police Department officers who were ambushed and killed by a protester.

The lights dimmed from 9:00 p.m. to 9:05 p.m. also in the Chrysler Building, One World Trade Center, 30 Rockefeller Plaza, Four Times Square and One Bryant Park.

Officers Wenjian Liu and Rafael Ramos were shot while in their patrol car on Saturday. The gunman said he was retaliating for the police-involved deaths of Eric Garner in New York and Michael Brown in Ferguson, Missouri. He later shot himself.

Meanwhile, President Barack Obama on Tuesday asked Vice President Joe Biden to attend the Ramos’s funeral on Saturday. Both Biden and his wife, Dr. Jill Biden, will be there.

Liu’s family plans to make arrangements after arriving from China.