Community ‘We Are Family’ — Boro Park Rallies for NYPD
Community 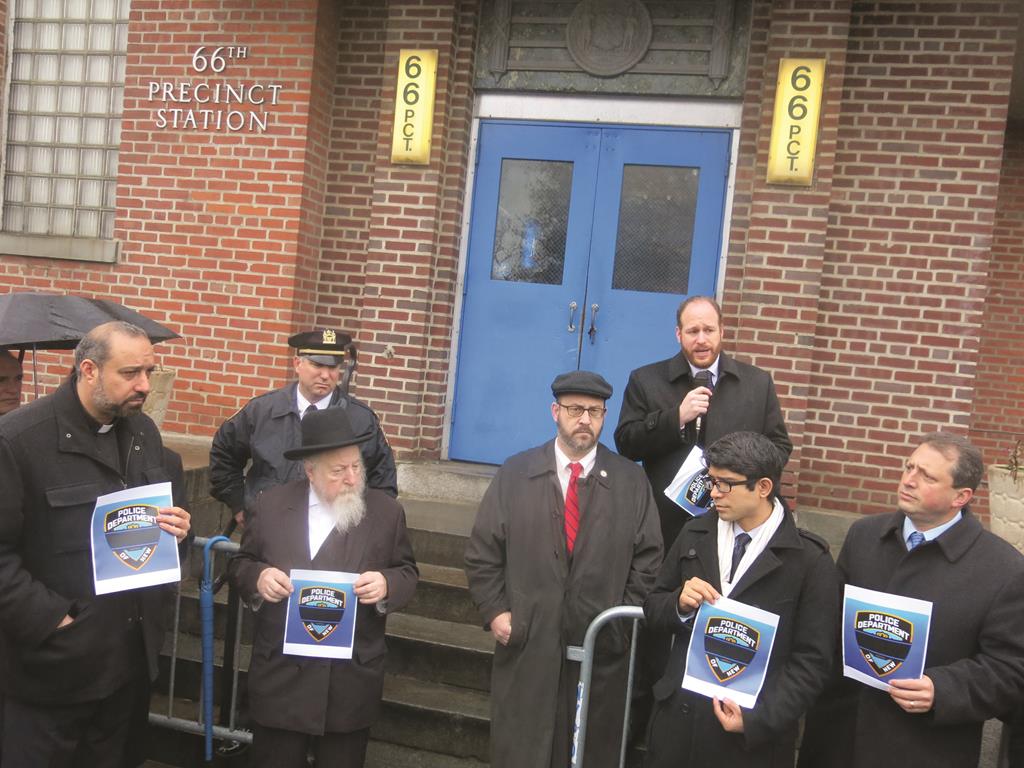 Huddled under an awning of umbrellas in front of Boro Park’s 66th Precinct, a stalwart group of people braved the rain to rally in support of the NYPD Tuesday. The rally came in the aftermath of the horrific assassination of NYPD officers Rafael Ramos and Wenjian Liu on Saturday.

State Senator Simcha Felder, who closed his district office to enable his entire staff to attend the rally, said, “When a tragedy like this occurs, we all must step forward and show our solidarity with New York City’s finest.” He then announced, “I will be contributing $1,000 to help alleviate the intense financial and emotional hardships that the Liu and Ramos families are facing right now,” and he encouraged others in the community to show their support.

An outraged Councilman David Greenfield said, “If you don’t love the NYPD, you’re not a New Yorker. If you don’t like the NYPD, get out of New York and go live somewhere else!

Pointing out that crime is down in NYC, as are complaints, Greenfield said that is only due to the great work of the NYPD.

Rabbi Edgar Gluck, veteran community activist and police liaison, commented, “The main issue here is that we have to have hakaras hatov—we have to be grateful to the police.” And he added, “The administration is not blameless in how they have treated this entire situation. …” Rabbi Yeruchim Silber, Executive Director at the Boro Park Jewish Community Council, commented that the police in Boro Park enjoy a special relationship with the community. A local precinct commander told him that when officers are sent to another command, they are shocked at the difference. At the 66th, they enjoy a special close relationship that doesn’t exist in some other areas of the city.