Poll Finds Most Optimism About Quality Jobs Since Before Recession 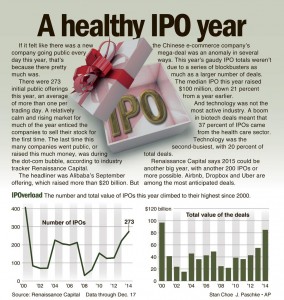 In another positive sign for the labor market, Americans this month showed the most optimism about the availability of quality jobs than at any time since the start of the Great Recession, according to a Gallup poll released Monday.

About 36 percent of respondents said this was a good time to find a quality job, the survey found. The figure was up sharply from 30 percent in November and was the highest since November 2007, Gallup said.

Younger adults were more optimistic than older Americans about the state of the labor market, according to the survey: About 43 percent of people age 18 to 49 said it was a good time to find a quality job, compared with just 29 percent of those 50 or older.

The 805 respondents in the poll, which was taken Dec. 8-11, also split along political lines.

Gallup has been asking the quality-jobs question each month since 2001. The highest reading was 48 percent in January 2007, about a year before the Great Recession began.

The rebound in sentiment is seen as a reflection of a strengthening jobs market this year as economic growth has picked up significantly since the winter.

The unemployment rate was 5.8 percent last month, the lowest since mid-2008.

Although more respondents said they have a more upbeat view of the labor market, 61 percent said it was a bad time to find a quality job. Still, the figure was an improvement over 66 percent in November and 73 percent a year ago, Gallup said.

This article appeared in print on page 9 of the December 23rd, 2014 edition of Hamodia.