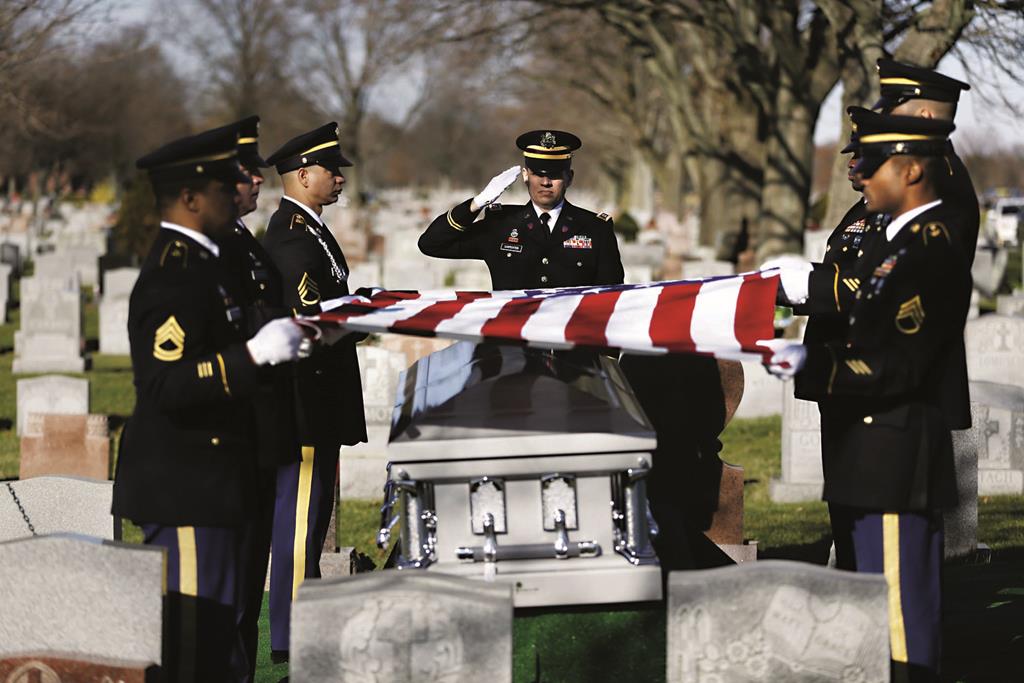 More than 60 years after Pfc. Anthony La Rossa went missing while serving with the U.S. Army in the Korean War, the Brooklyn native’s remains have been buried next to the mother who went to her grave still aching over his fate.

“It was very difficult for her. He was only a teenager and would write in his letters home how he was missing his mom’s spaghetti. She struggled the rest of her life,” said his niece Donna La Rossa following a gravesite service Monday on Long Island.

“We felt like it would be best if they were together,” she said.

About two dozen relatives, along with a modest contingent of veterans from the local American Legion and Veterans of Foreign War posts, attended the service, which included an Army honor guard and drill team.

La Rossa, 18, was serving in the Army’s 2nd Infantry Division when his unit was attacked in South Korea by Chinese forces in February 1951. He was reported missing in action two days later. His remains were among those turned over to the U.S. by North Korea in the early 1990s, but they were only recently identified.

Donna La Rossa said the family kept scrapbooks of photos of her uncle, whose nickname was Buddy, but very little was known of his fate. Relatives believe he may have spent time in a North Korean prisoner of war camp; a statement from the military said reports that he died in captivity were never substantiated by any eyewitness accounts of American POWs who returned.

Today, 7,867 Americans remain unaccounted for from the Korean War. The military continues its work to identify some of the remains it received two decades ago.