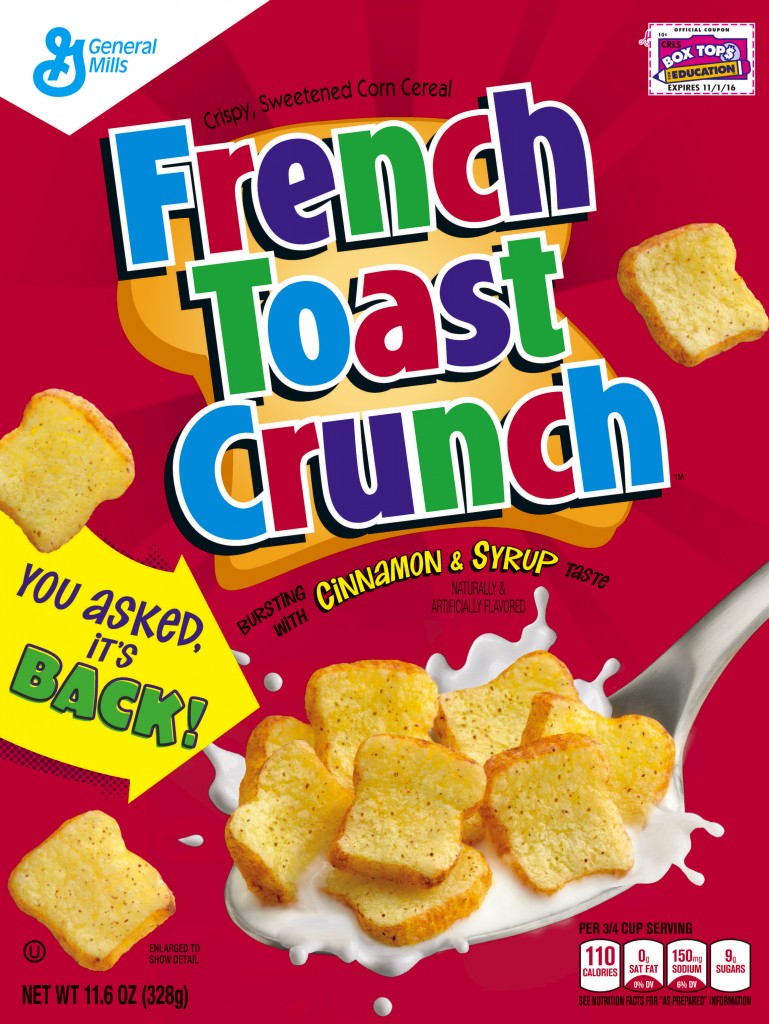 General Mills said Monday that it is bringing back popular ’90s cereal French Toast Crunch in a nod to nostalgia.

The food maker says the move is purely a response to consumer demand, but it comes as General Mills and other cereal makers are coping with weaker cereal sales due to changing consumer tastes.

Cereal sales have slid as alternatives such as Greek yogurt and breakfast sandwiches have gained popularity. And last month, General Mills, which also makes foods such as Yoplait yogurt and Progresso soup, cut its sales and profit outlook for the year, citing persistent sales weakness in the food industry.

The company has tweaked other parts of its cereal lineup recently in an attempt to boost sales. It gave Cinnamon Toast Crunch cereal a stronger cinnamon taste, made Cheerios without genetically modified ingredients and released a new line of Cheerios with added protein.

General Mills said French Toast Crunch, which was discontinued in 2006, is its most requested cereal for re-release. It said that calls come in almost daily to request its return and thousands of people signed an online petition. A Facebook page dedicated to the matter has more than 8,600 followers.

Nostalgia is powerful, particularly among millennials, said Waylon Good, marketing manager for French Toast Crunch. The company has tapped into that for its marketing of the cereal.

General Mills said it has made a few modifications to the cereal, including reducing the sugar and increasing the whole grains. But Good said the company has kept the same taste and nearly the same packaging that fans, who are in their 20s or 30s now, remember from their childhood.

Twinkies flew off shelves when it appeared the treat might go away due to company troubles. PepsiCo’s throwback version of Mountain Dew — with original formula, including real sugar, and packaging — was so popular its release was extended. And this is targeting a generation of people that have retro sneakers on their feet, vintage filters on their cellphone pictures and throwback beer like Pabst in their hands.

General Mills says French Toast Crunch is now a permanent part of its lineup and will be in some stores this month, with a complete national rollout in January.