Community Dozens Ticketed for Taking Out Trash Before Shabbos
Community 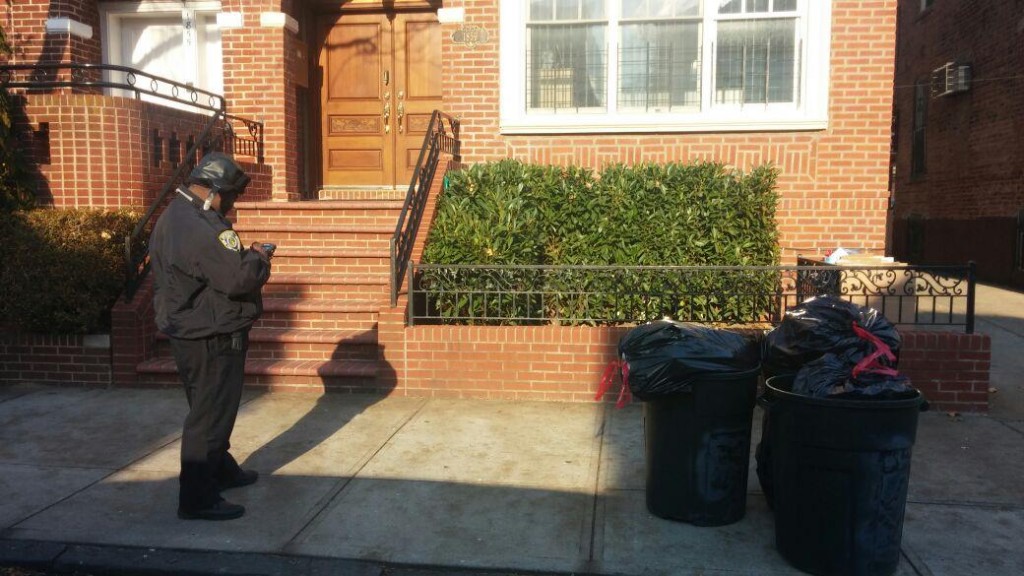 A sanitation ticketing blitz hours before the onset of Shabbos for taking out the garbage too early stuck dozens of Boro Parkers with $300 tickets and a call by elected officials for the city to extend the hour of courtesy on short Friday afternoons.

At least two sanitation enforcement officers were seen on 18th Ave. and 48th St., and on Webster Ave., giving out dozens of tickets for trash left outdoors for pickup on Shabbos morning. Several residents who spoke to Hamodia said that the garbage was put out neatly by the curb, but they received a $300 ticket, the maximum allowed by department rules.

In a reply to an emailed request, Kathy Dawkins, a Sanitation spokeswoman, said that the allowance to set out trash at 4:00 p.m. was “realistic, practical and [meant] to accommodate request from some elderly residents and residents who are religiously observant.

The time given currently is “much earlier than the 8:00 p.m. time that had been customarily practiced for decades,” Dawkins said.

She also denied that any neighborhood was targeted for enforcement, as some Boro Park residents have alleged.

“Enforcement supervisors assign agents on regular routes and to check out service requests [that] need follow up,” she wrote. “In addition, the Department encourages its employees to use discretion in an effort to be sensitive to community concerns.”

According to Councilman David Greenfield, the Sanitation Department does have an unofficial allowance in Orthodox areas to put out garbage after 3:00 on short Fridays for blocks that have Shabbos collection. However, he says, this may still be unreasonable for families who go away for Shabbos.

“It’s simply not feasible to go away an hour before Shabbos,” Greenfield, a Democrat representing the area, told Hamodia in an email. “And because Shabbos is so early, we need some more leeway.”

When Chaim Asher Reisman saw the enforcement officer giving out tickets on his block two hours before Shabbos, he told Hamodia on Tuesday, he went over to them to inform them that the neighbors had only put out the garbage early due to the onset of Shabbos.

“There were two guys, a supervisor and a regular [officer] who started going around giving out tickets at about 2 o’clock,” Reisman said. “I went over and asked them, you know, ‘Why are you doing this? Today is Friday, there is the Sabbath.’”

The officer responded that while he may give a courtesy of an hour, he must give a ticket for curbside dumping at more than that. Reisman said that when he questioned the arbitrariness of an hour, the officer got testy.

Another resident who was ticketed said she initially thought that it was an agent who was unaware of Shabbos.

“‘We respect you and your work, why do you not respect our religious day?’” she said she told the agent. “Shockingly, his response was that he was sent to the block by his superiors.”

Greenfield said that he has a meeting scheduled with Sanitation’s Chief of Enforcement and Community Board 12 to try to resolve this. In the meanwhile, he is asking them to consider dismissing these tickets. He is asking anyone who got a ticket to call his office at (718) 853-2704.

For a permanent solution, Greenfield says, agents should not be ticketing so close to Shabbos.

“I think a fair resolution would be for the Sanitation Department to extend this courtesy to three hours before hadlakos neiros,” he said.

However, Dawkins dismissed the idea that the department will change its policies.

“Our enforcement officers are urged to use discretion,” she noted. “But waste placed out at 2:00 p.m. is beyond the discretion window. If the residents feel they have been given the summonses erroneously, they can go before a hearing with the Environmental Control Board.”