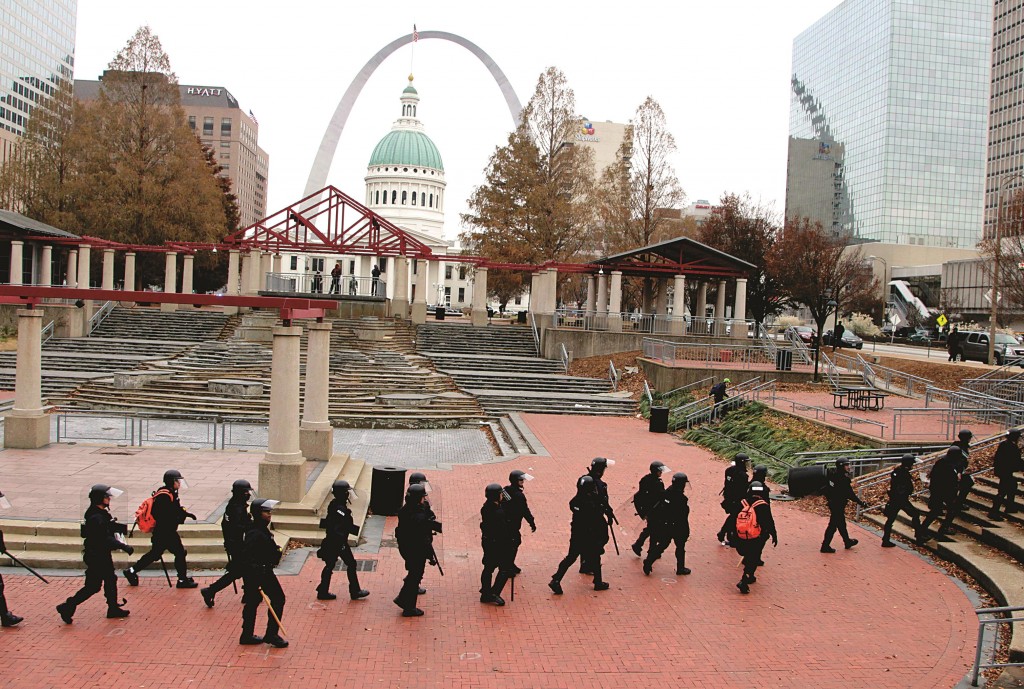 President Barack Obama wants to see more police wearing cameras to record events like the shooting death of Michael Brown, but is not seeking to pull back federal programs that provide the type of military-style equipment used to dispel the resulting racially charged protests in Ferguson, Missouri.

The White House announced the conclusions of a three-month review Monday as the president was holding a series of meetings with his cabinet, civil rights leaders, law enforcement officials and others to go over the findings. At least for now, Obama is staying away from Ferguson in the wake of the uproar over a grand jury’s decision last week not to charge the police officer who fatally shot Brown.

Obama is proposing a three-year, $263 million spending package to increase use of body-worn cameras, expand training for law enforcement and add more resources for police department reform. The package includes $75 million for to help pay for 50,000 of the small, lapel-mounted cameras to record police on the job, with state and local governments paying half the cost. The FBI estimates there were just under 700,000 law enforcement officers in the US in 2011.

Brown’s family wants to see every police officer working the streets wearing a body camera. The White House has said the cameras could help bridge deep mistrust between law enforcement and the public. It also potentially could help resolve the type of disputes between police and witnesses that arose in the Ferguson shooting. Some witnesses have said Brown had his hands up when Wilson shot him. The officer who shot him said he feared for his life when Brown hit him and reached for his gun.