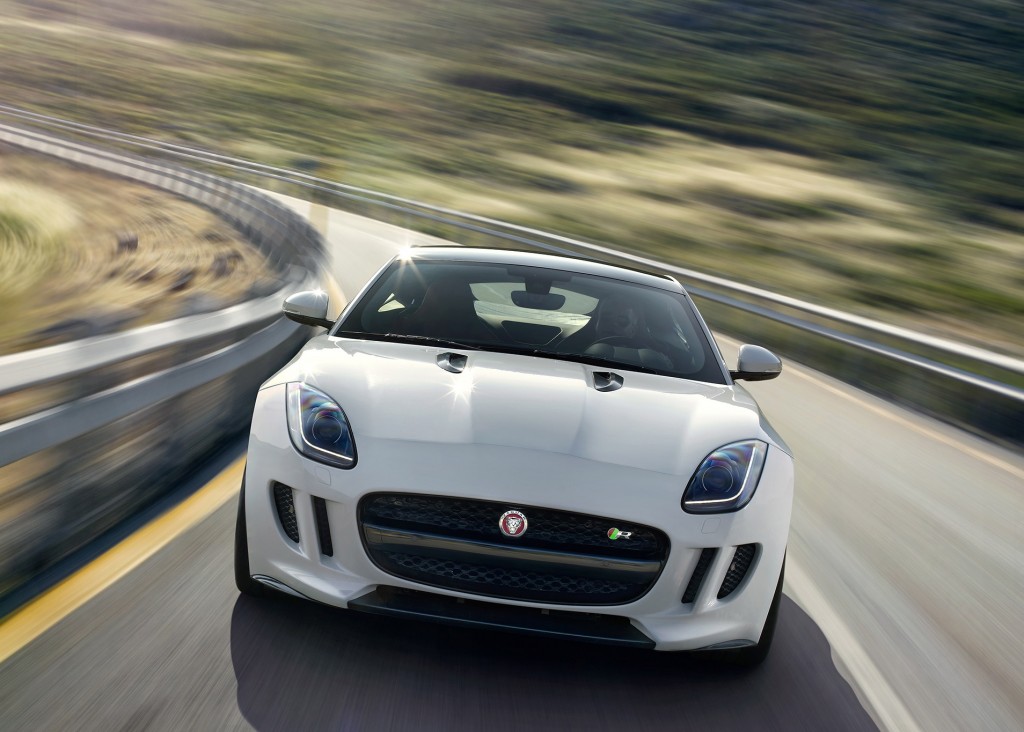 In the world of sports cars, convertibles are for show, coupes are for go, and the 2015 Jaguar F-type R coupe (I give it three out of four stars) goes like a scalded cat.

The stunning two-seater claims a 4-second 0-60 mph time and a top speed of 186. It competes with hyper-coupes like the Audi R8 V10 Plus, BMW M6, Chevrolet Corvette ZO6, Nissan GT-R, Mercedes SL63 AMG and Porsche 911 turbo.

It’s a truism among car designers that coupes are often better-looking than convertibles. That’s never been truer than of the Jaguar F-type.

A coupe’s closed top allows designers to complete the shape. Open-topped convertibles can appear unfinished. The closed body of a coupe also tends to be stiffer than convertibles. That lends itself to sportier handling.

Convertibles compensate for that by offering other delights, but the F-type coupe’s looks just might be lovely enough to outweigh the pleasure of driving with the wind in your hair.

Hold the sticker shock. With the exception of the 650-horsepower Corvette ZO6’s low $78,000 base price, the F-type R coupe is a bit of a bargain among super coupes. It costs thousands, in some cases tens of thousands, of dollars less than comparably equipped versions of the R8, M6, SL, GT-R and 911 turbo.

The F-type R’s acceleration devours traffic and miles. An adjustable exhaust note lets the driver choose an unobtrusive or exciting engine note. The transmission responds quickly to manual paddle shifts and is smooth when left to its own devices.

Low and wide — about 1.5 inches lower at the roof and 1.1 inches wider than the GT-R — the R coupe hunkers down and grips fast curves like a vise. The steering is quick and direct, with good on-center feel in highway driving. The suspension is a bit harsh over bumpy surfaces.

The interior is accommodating, though a bit short of storage bins. The test car featured a two-tone black and brown interior with deep, scooped-out sport seats. The luggage compartment provides plenty of room for a weekend’s bags.

Most of the controls are simple and easy to use, but the car lacked any voice-recognition for phone, music or navigation, despite having Bluetooth for phone calls and music.

You can only initiate phone calls with your handset or the touchscreen. No car this expensive and technically sophisticated should impose that level of distraction on its driver.

Jag just announced a new app called justDrive to provide voice recognition in cars with its optional InControl connectivity package. It should be available to download onto smartphones soon.

I’m looking forward to testing justDrive. Offering a vehicle as fine as the F-type without voice recognition is a serious oversight.

Driving the F-type coupe is a joy, but its lack of competitive controls stings. That could change if justDrive and InControl live up to Jaguar’s promises.

Shortcomings: No voice recognition for phone or navigation; stiff ride.