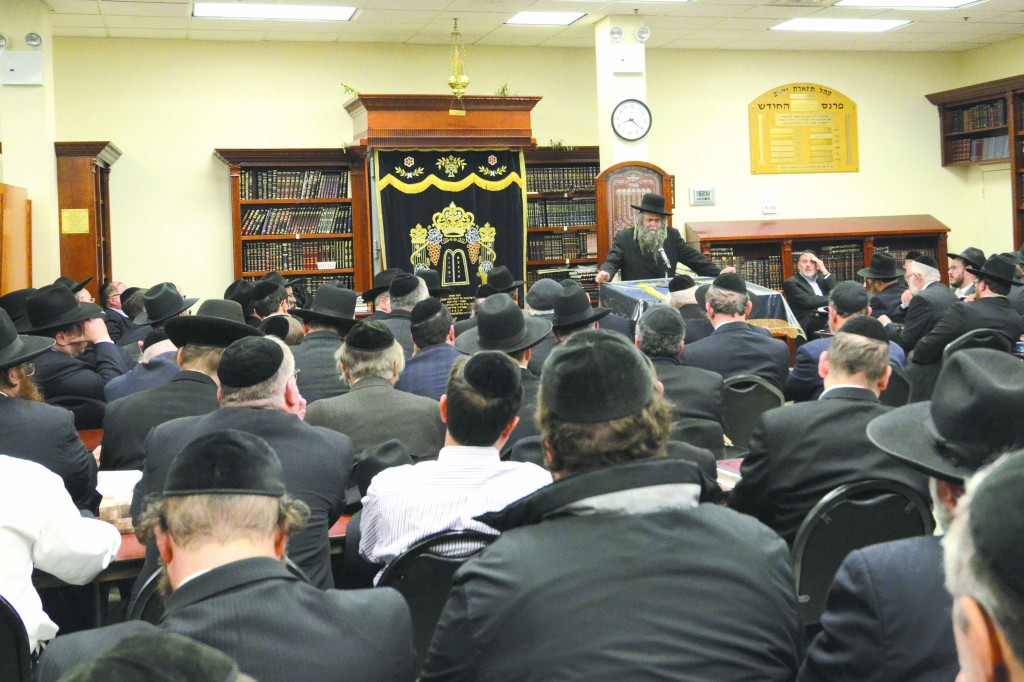 We Must Make Changes

He said that Harav Yechezkel Levenstein, zt”l, Mashgiach of Yeshivos Mir and Ponevezh, was once riding in a taxi in Israel when the driver told the Rav that he had a story to tell: The driver and his friends were traveling the world and ended up visiting a jungle. Suddenly they heard screaming — one of their buddies had a boa constrictor wrapped around his body. They tried pulling off the snake, but couldn’t. Even though they weren’t religious, one of them said, “You’re about to die. At least say Shema before you go!” So he started to say, “Shema Yisrael…” and as soon as he got to the word Echad, the snake released him. After that he became a baal teshuvah.

Harav Levenstein asked the driver, “But — what about you?”

And the driver answered, “It didn’t happen to me!”

Today we are all in this situation. We all saw what happened. Are we going to go away and not change ourselves? We have to understand it happened to us… not to someone else.

The Rambam says at the beginning of Hilchos Taanis thatwhen something major happens we must not attribute it to natural causes. We hear “reasons” and we forget that there is a Yad Hashem.

A beis medrash is a fort; it should be impregnable, said the Rav. The passuk says: “Vera’u kol amei haaretz ki shem Hashem nikra alecha v’yaru mimeka — And the nations will see that the name of Hashem is upon you and they will fear you” (Devarim 28:10). What will the nations see that will inspire them to fear Klal Yisrael? “Eilu tefillin she’berosh,” the Gemara explains.

How could an Arab possibly go into a beis medrash and kill Yidden wearing tallis and tefillin? How is it possible? It can’t just be happenstance.

The Ribbono shel Olam sent us a message to wake us up, said Harav Schorr. The Yid Hakadosh of Peshischa, zy”a, said that he already hears the shofar of Moshiach. What we just heard, said Harav Schorr, was the sound of that shofar. A devastating kol shofar was heard today… heard to wake us up from where we are and to make a change in our lives.

This is not about the gruesome scenes. It’s about a korban for Klal Yisrael, Harav Schorr emphasized.But a korban needs nesachim. The Sfas Emes says a korban without nesachim means a korban without tears. We need to cry from the depths of our hearts — tears that inspire us to change and to come closer to Hakadosh Baruch Hu and not to go back to business as usual.

We lost such a Kadosh, someone dedicated to ruchniyus; someone who said no to everything the world had to offer and only wanted to live for Hakadosh Baruch Hu. Maybe we are being told that we have to emulate that nefesh. We have to become such souls that reject all worldly distractions and devote ourselves to ruchniyus.

Harav Menachem Mendel of Shklov, zt”l, said that now, when we no longer have korbanos in the Beis Hamikdash, we have a different kind of korban — a blatt Gemara. The Gemara in Menachos says, Kol ha’oseik baTorah, k’ilu hikriv olah.

But that is only when we sacrifice something for Torah. If we give up some of this material world we wouldn’t need such korbanos. Of course, we have no neviim today to point a finger and say “This is why the tragedy happened.” But each of us knows in our own hearts what is missing.

We know that we can’t be like the dog the Chofetz Chaim described: Pnei hador k’pnei hakelev — If someone hits a dog with a stick, the dog bites the stick. He doesn’t look beyond the stick at who is wielding it. While we know this terrible korban was caused by human enemies, we must realize that they  are just the stick. We have to look beyond to see this is from Hashem.

To wear tallis and tefillin for the entire davening.

Never to do something in tallis and tefillin that is inappropriate.

Never to stroll around outside our shuls wearing tallis and tefillin,      engaging in worldly activities that are unfitting.

Hopefully, we can make a tikun in the terrible chillul Hashem of Jews being slaughtered wearing tallis and tefillin — something we haven’t seen since the Nazis, ym”s.

Harav Elya Brudny followed Harav Schorr, saying that this was not a random killing. The reshaim knew who they were attacking.

These were among the yechidei hador, dedicated to Torah and avodah.

The Torah says, “Uvacharta bachaim l’maan tichyeh — choose life, in order that you may live.” We have to understand, said Harav Brudny, that what happened does not contradict l’maan tichyeh. We have to know this is a message. As the Messilas Yesharim says, this world is only a vestibule to the real world.

What happened in Har Nof is reminiscent of the massacre in the Slabodka Yeshivah in 1929, said the Rav. Then it was also the same rotzchim, also coming into the heichal Hashem, to slaughter the meshorsei Hashem.

The Mirrer Mashgiach Harav Yeruchim Levovitz, zt”l, said after the massacre that he heard rumblings among the tzibbur asking who is at fault. The first obvious candidate was the mufti and the Arabs. Others blamed the British police who allowed it to happen. Others blamed the Zionists…

He was distraught that talmidim in the yeshivah didn’t see the bigger picture. The yetzer hara set his eyes on the Batei Hamikdash and destroyed both. And then he set out to destroy his main enemy: talmidei chachamim. On the other side, the Alter of Slabodka, zt”l, set out to build Torah in Eretz Yisrael. And the yetzer hara tried to undermine his efforts.

Clearly, over the past years, the efforts of the yetzer hara to destroy Torah is not just economics or politics. If we look at the whole picture, we see that the Eibershter gives this koach to the yetzer, not to allow him to win, but to encourage us to defeat him.

The tragedy in Har Nof is part of a war — and not just with the Arabs.

Concluded Harav Brudny, to defeat the yetzer, we must understand the zechus of learning and supporting Torah.