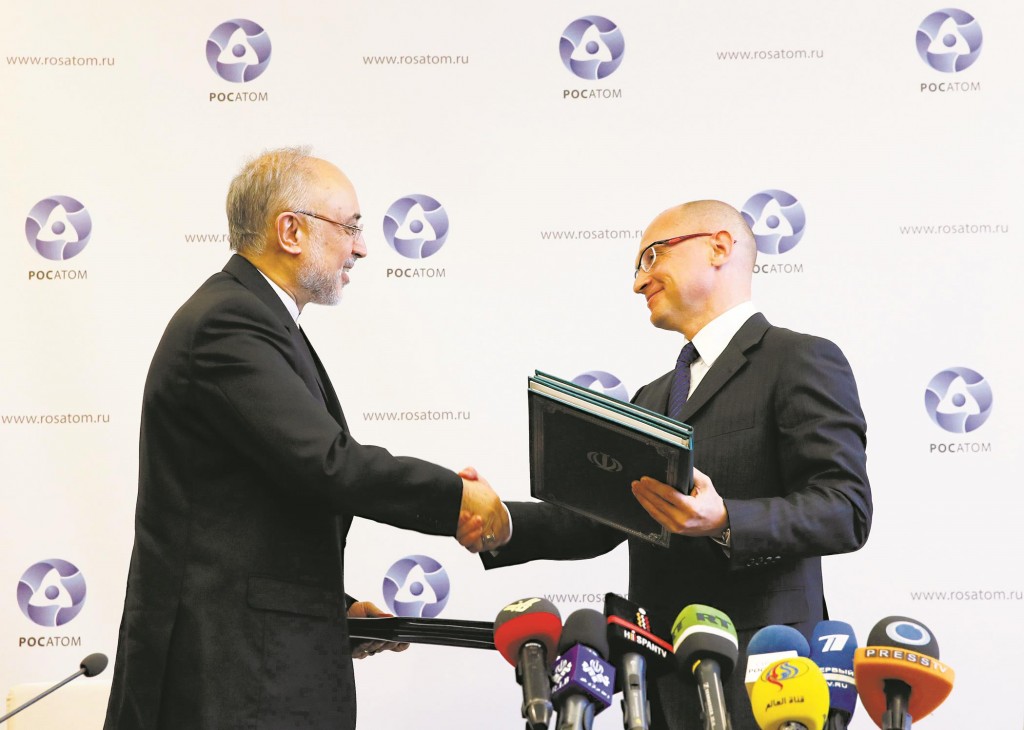 Russia signed a contract Tuesday to build two more nuclear reactors in Iran to be possibly followed by another six, a move intended to cement closer ties between the two nations.

The deal comes less than two weeks ahead of the Nov. 24 deadline for Tehran to sign an agreement on its nuclear program with six world powers. Tuesday’s contract has no immediate relation to the talks that involve Russia and the United States, but it reflects Moscow’s intention to deepen its cooperation with Tehran ahead of possible softening of Western sanctions against Iran.

“It’s a turning point in the development of relations between our countries,” Salehi said after the signing, according to Russian news reports.

Rosatom said in a statement that the construction of the new reactors will be monitored by the International Atomic Energy Agency. As in the case of Bushehr’s first reactor that became operational in 2013, Russia will supply uranium fuel and then take it back for reprocessing — a provision intended to prevent a possibility of Iran using the spent fuel to build atomic weapons.

A potential agreement between Iran and the six powers would ease Western sanctions against Iran’s economy if Tehran agrees to limit its uranium enrichment to a level that would make it unable to build nuclear weapons.