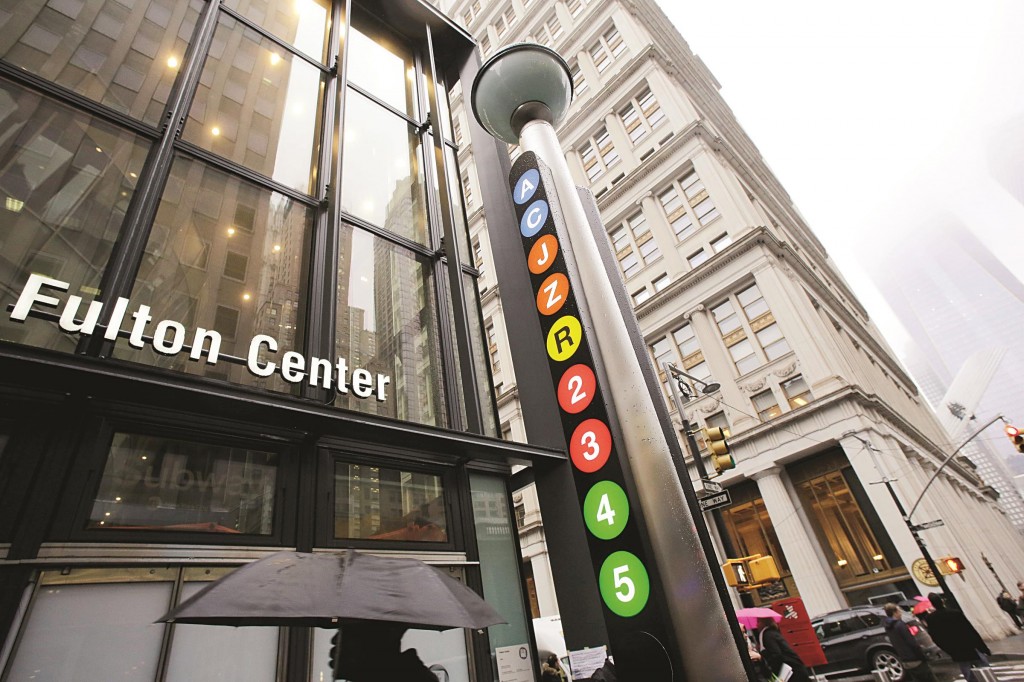 The words of the lead engineer on the new Fulton Center punctuated more than a decade of work Sunday to create the primary transit link between the rebuilt World Trade Center and the rest of the city.

Nine existing subway lines converge in the $1.4 billion, 180,000-square-foot complex that will serve up to 300,000 riders a day and that includes retail and office space.

“Welcome to the station of the 21st century,” engineer Michael Horodniceanu, who led the project as president of the MTA’s Capital Construction, told top transit and political officials at the opening of the city’s biggest subway hub that merges century-old stations with the latest digital technology and design.

The facility opened to the public early Monday morning into Lower Manhattan’s “next great public space.” Its soaring street-level atrium is encased in a glass-and-steel shell, with luminous interior panels leading to a skylight designers call the “oculus” — Latin for eye. Livening up the climate-controlled, energy-saving spaces are various avant-garde artworks.

Construction of this vital subway hub was fraught with challenges. The five underground subway stations partly damaged on Sept. 11, 2001, were closed for months. Then, in 2012, flood waters roared into the tunnels, crippling service.

Now, just feet from the revitalized trade center, the complex is part of a “new hot area,” said Sen. Charles Schumer, The New York Democrat who got the federal government to fund 90 percent of the $1.4 billion cost; the state paid the rest.

“It shows you how New York City can always reinvent itself and get better,” said Schumer, remembering the gloomy maze of the old Fulton stop where “you would have to rush through those narrow corridors weaving through passengers; everyone is going in every direction, where you could knock someone over or they’d knock you over.”

The old stations that were refurbished and linked serve the 2, 3, 4, 5 subway lines, plus the A, C, J, Z and R — used by more than 80 percent of workers commuting to Lower Manhattan.

The 27 entrances to the facility are all disability-accessible.

A 350-foot tunnel links the Fulton Center to the World Trade Center’s Santiago Calatrava-designed transit facility under construction and the PATH commuter train to New Jersey. That tunnel will open sometime next year.

The Fulton project includes the restoration of an early high-rise — the 125-year-old Corbin Building with a sumptuous, nine-story tower. Its original stone foundation is exposed over a set of Fulton escalators.

The historic building in the new setting brings the neighborhood full circle, to the 19th century “when this was the center of New York City,” said Horodniceanu.