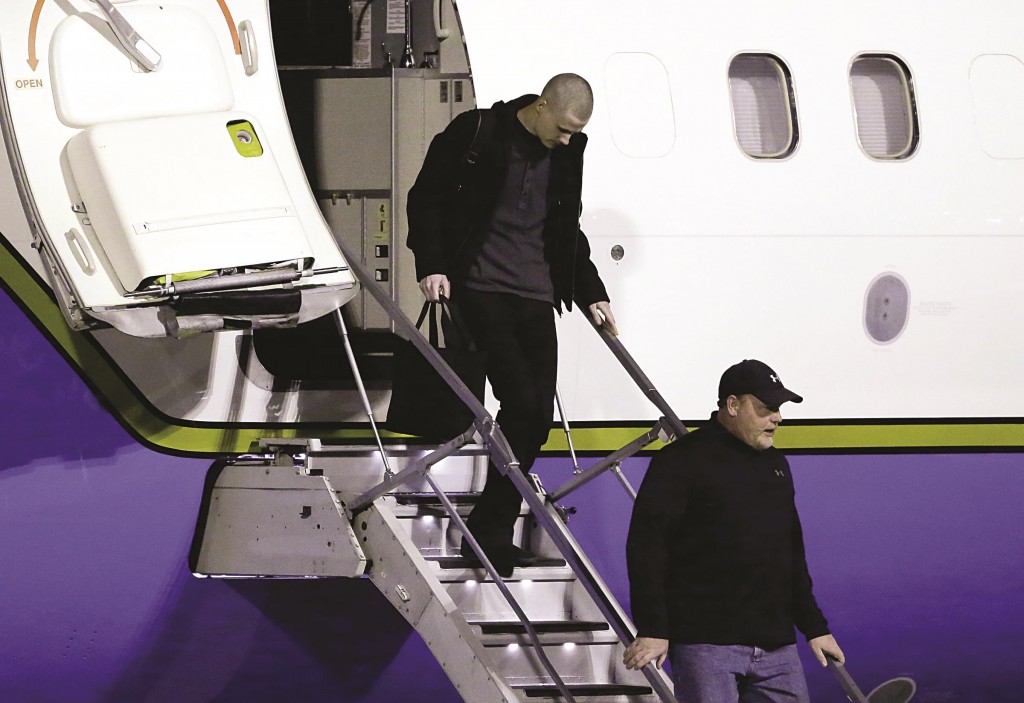 Two Americans held by North Korea arrived home Saturday night after their release was secured through a secret mission by the top U.S. intelligence official to the reclusive Communist country.

Matthew Miller of Bakersfield, California, and Kenneth Bae of Lynnwood, Washington, flew back to the West Coast with James Clapper, the director of national intelligence, according to U.S. officials. Clapper was the highest-ranking American to visit Pyongyang in more than a decade.

It was the latest twist in the fitful relationship between the Obama administration and the young North Korean leader, Kim Jong Un, whose approach to the U.S. has shifted back and forth from defiance to occasional conciliation. And it was an anomalous role for Clapper, an acerbic retired general who doesn’t typically do diplomacy.

“It’s a wonderful day for them and their families,” President Barack Obama said at the White House, following his announcement of his pick for attorney general. “Obviously we are very grateful for their safe return. And I appreciate Director Clapper doing a great job on what was obviously a challenging mission.”

U.S. officials did not immediately provide details about the circumstances of the Americans’ release, including whether Clapper met with Kim or other senior North Korean officials. They said the timing was not related to Obama’s imminent trip to China, Myanmar and Australia.

Bae and Miller were the last Americans held by North Korea.