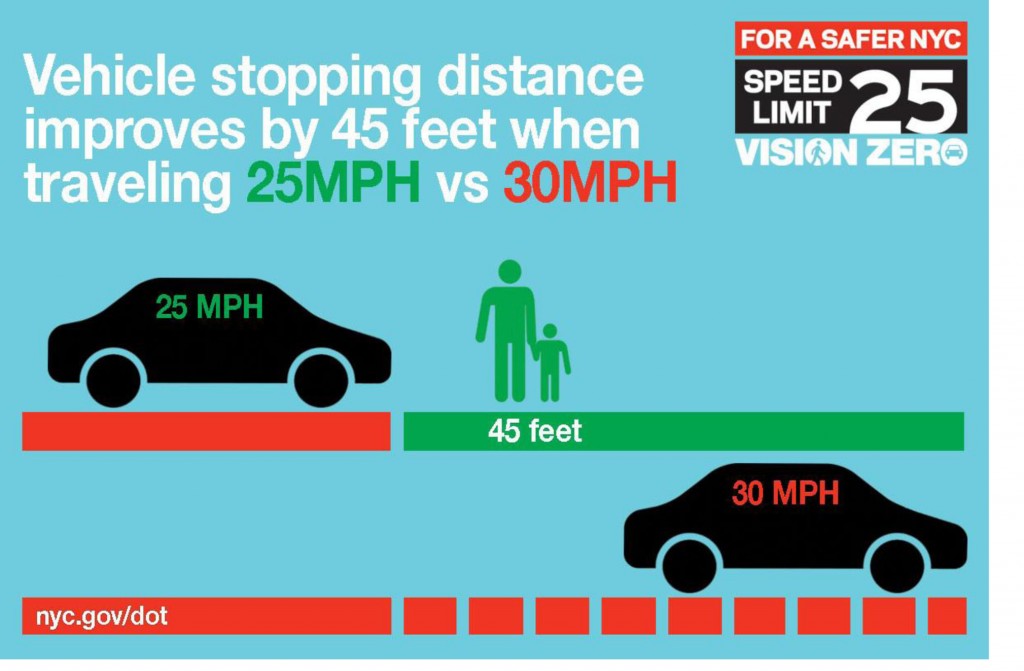 The new 25 mile per hour speed limit takes effect on Friday, subjecting millions of drivers across 90 percent of New York City streets to the most visible part of Mayor Bill de Blasio’s proposal to slow down the city that’s always in a rush.

A key piece of Vision Zero, the new top speed limit is down from 30 mph, unless otherwise posted. The city’s transportation officials say that this allows drivers more time to stop to avoid a crash and doubles the likelihood of a pedestrian surviving a crash.

Some larger streets, such as limited access highways or major arterial streets, will continue to have posted speed limits of 30 mph or more.

The penalty for violating the speed limit will not change from its $150-$600 average, depending on how fast the motorist was traveling and how many tickets the driver had previously acquired. In addition, drivers also get points on their license for speeding.