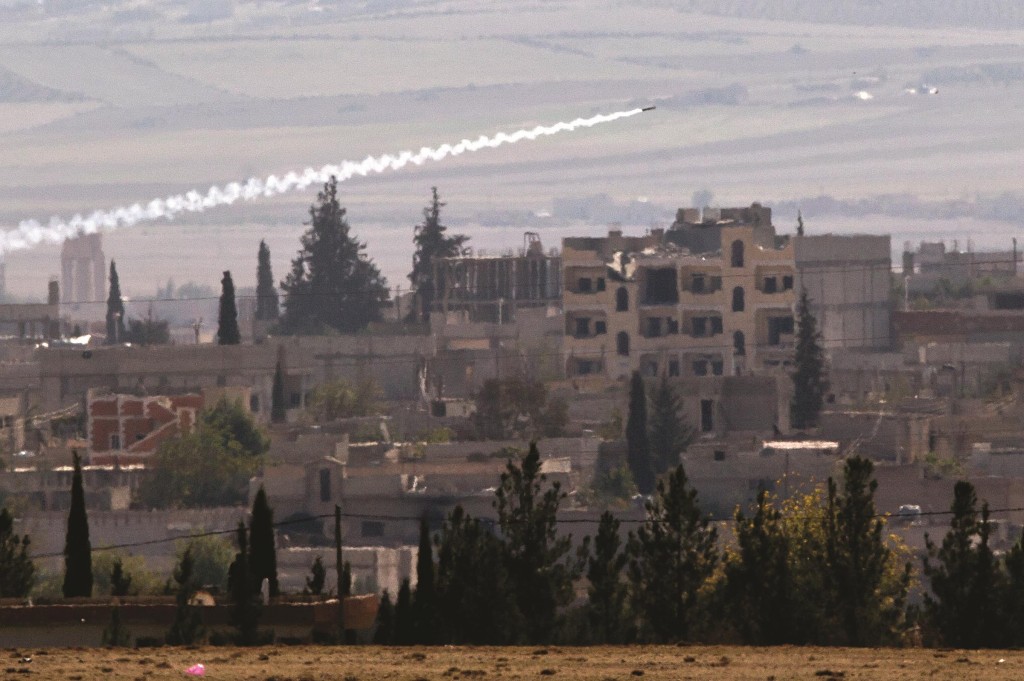 For a force that has built its reputation on an aura of momentum and invincibility, the Islamic State group is now dealing with a series of military setbacks in Iraq and a prolonged stalemate in the small Syrian border town of Kobani.

Gone are the days when IS was able to seize territory in both countries with relative ease. Its newfound problems, including a loss of oil revenue, raise questions about the extent to which it will be able to continue recruiting fighters who want to be with a winner.

“ISIS has run a very effective psychological campaign to intimidate its rivals and attract support and recruits,” said Faysal Itani, a resident fellow at the Atlantic Council, using an acronym for the extremists. But now, he said, the need to maintain its reputation is limiting the group’s options.

This is particularly true in Kobani, where a pre-emptive IS withdrawal in the face of U.S.-led bombings from the sky and ethnic Kurdish fighters on the ground could prove too costly.

The prolonged fighting in Kobani is also distracting IS from more strategically important areas in Syria and Iraq where the terrorist extremists are already stretched on multiple fronts.

Nearly two months after IS launched its lightning assault on the Kurdish-dominated town near Turkish border, the group is bogged down in an increasingly entrenched and costly battle.

Syrian and Kurdish activists estimate nearly 600 Islamic State fighters have been killed — its heaviest losses since taking over large parts of Syria and Iraq in a summer blitz.

IS has also recently suffered losses on several fronts in Iraq, where it is fighting government forces, peshmerga and Shiite militias aided by Iran and the terrorist Hizbullah group, based in Lebanon.

Last week, Iraqi forces recaptured the town of Jurf al-Sakher. IS also lost Rabia, Mahmoudiyah and Zumar, a string of towns near the Syrian border, last month. Besieged Iraqi troops have also managed to maintain control of Iraq’s largest oil refinery outside the town of Beiji north of Baghdad, despite numerous attempts by the Islamic State group to capture it.

The group’s diminishing returns in Iraq partly reflects the fact that it already controls so much of the territory populated by minority Sunnis. It would have a much harder time conquering areas populated by Shiites.

But even in Sunni areas, IS is having to contend with dissent. Over the past few days, the group has massacred more than 200 Sunni tribesmen from the Al Bu Nimr tribe in what is likely to be revenge for the tribe’s siding with Iraqi security forces.