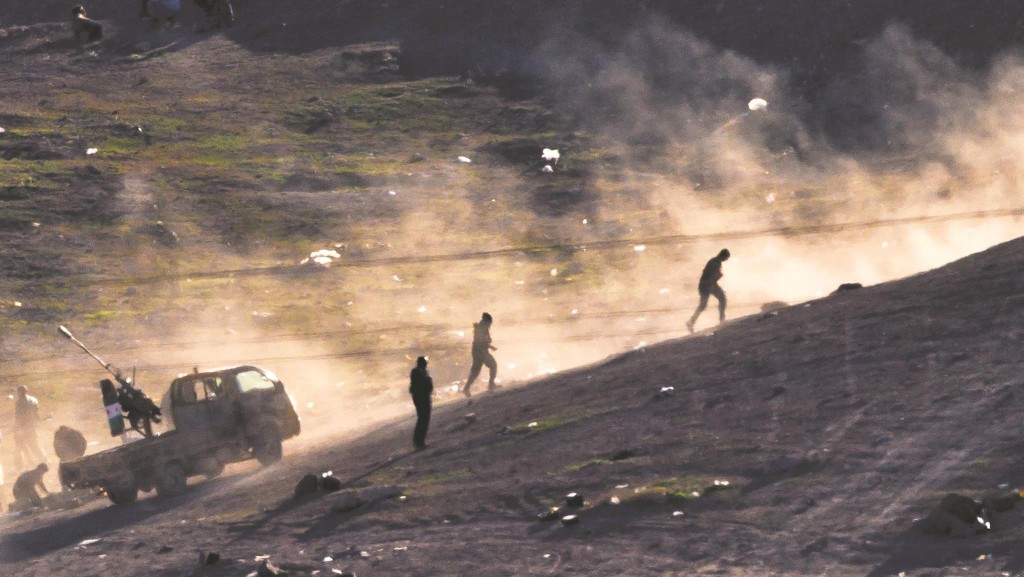 The youths, ages 14 to 16, were held for months and beaten if they tried to escape, performed poorly during compulsory religious lessons or had a relative in the YPG, a Syrian-Kurdish militia known as the Popular Protection Units, which has fought the Islamic State, according to the rights group.

In May, about 250 Kurdish students were stopped by the Islamic State as they traveled from Aleppo to their homes in Kobani in northern Syria after taking middle school exams. All the girls, about 100 of them, were released within hours but the boys were held in the town of Manbij.

Kobani has been the site of clashes for more than six weeks as the Islamic State has tried to capture the Kurdish town and widen the group’s territory as part of its self-proclaimed caliphate across Syria and Iraq. Kurdish and Free Syrian Army fighters have been defending the besieged city while backed by U.S.-led airstrikes, weapons resupply and most recently a small contingent of Kurdish soldiers from neighboring Iraq.

Four of the boys who said they were held by Islamic State gave the rights group detailed accounts of the treatment they and the other boys received during their captivity.

“Since the beginning of the Syrian uprising, children have suffered the horrors of detention and torture, first by the Assad government and now by ISIS,” said Fred Abrahams, special adviser for children’s rights at New York-based Human Rights Watch, using an acronym for Islamic State.

One 16-year-old boy described being beaten with hoses or cables. “They sometimes found excuses to beat us for no reason,” he told the rights group. “They made us learn verses of the Quran and beat those who didn’t manage to learn them. When some boys tried to escape, the treatment got worse and we were all punished and given less food.”

The rights group reported that Islamic State is still holding other children and adults abducted near Kobani. Taking hostages has been a common practice by the extremist group since it began its operations in Syria last year and has included dozens of Syrian media activists, rebels from rival groups and most recently scores of women of the Yazidi faith in Iraq.