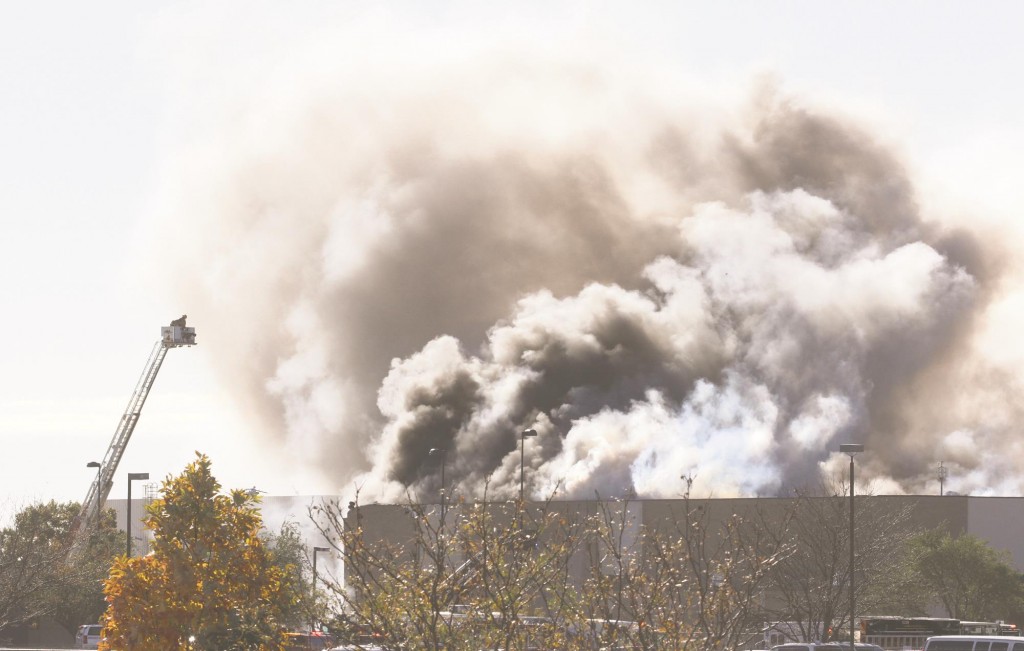 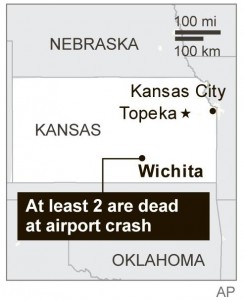 A small plane lost power after takeoff and crashed into a flight-training building while trying to return to a Kansas airport Thursday, killing four people, injuring five others and igniting a fire that sent up towering plumes of black smoke that could be seen for miles around Wichita, officials and witnesses said.

“We understand that this is a very difficult time, especially for folks who have family members who are working out here and they don’t know,” Wichita Fire Marshal Brad Crisp said.

The FAA said it crashed after losing engine power and trying to return to the airport.

It appeared to strike the top of the building and ignite what Blackwell described as a “horrific” fire.

Jeff Papacek, 39, of Wichita, said he saw a “giant fireball” as he was heading to his engineering job at Learjet, which has a testing facility at the airport.

It saw more than 13,000 departures and about 1.4 million passengers last year, according to the U.S. Department of Transportation.

The crash is the latest in a string of incidents at the airport.