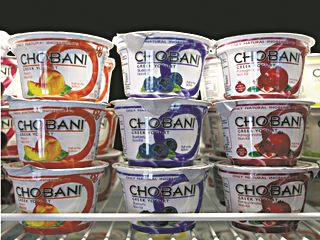 Yogurt is now the official snack of New York, a distinction suggested by a fourth-grade class that’s meant to celebrate the state’s status as the nation’s largest producer of the fermented milk product.

The designation was made Wednesday by Gov. Andrew Cuomo, who said it was a “fitting recognition of the importance of this state’s yogurt industry.”

The idea may have come from elementary school students, but it was lawmakers who looked childish during a 45-minute debate on the measure last spring.

The state Senate’s exchange featured a long discussion of the difference between snacks and meals, and whether other snacks — potato chips, pretzels — might be more deserving.

The students that pushed to honor yogurt live in Genesee County in western New York. The county is home to several dairy farms and yogurt plants. State Sen. Michael Ranzenhofer (R-Amherst) was the bill’s Senate sponsor but said Wednesday that “the fourth-graders at Byron-Bergen Elementary School deserve all of the credit.”

Cuomo signed the bill on the same day that dairy farmers and producers met with state officials in Ithaca for the 2014 Yogurt and Dairy Summit, and Alpina Foods, an upstate New York yogurt company, laid off 32 workers.