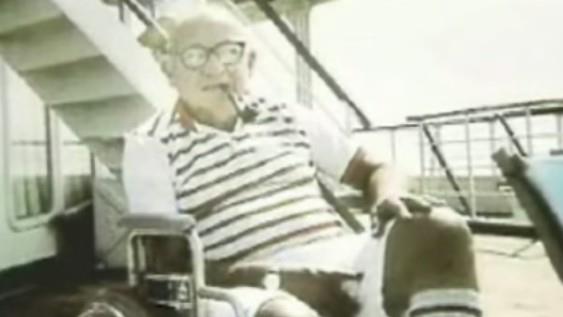 This Monday, the opening of the controversial contemporary opera, “The Death of Klinghoffer,” at New York’s Metropolitan Opera was met by hundreds of protesters, including several local politicians, most prominent among them former New York Mayor Rudolf Giuliani, and leaders from an array of Jewish organizations.

Hamodia is not in the practice of discussing operas. However, the public outcry that “Klinghoffer” has elicited from Jewish organizations and politicians has transformed the performance from a cultural event into a political issue whose results could affect all of us.

The opera is centered on the events of the 1985 hijacking of an Italian cruise-liner by Palestinian terrorists, which led to the murder of Leon Klinghoffer, Hy”d, an elderly, wheel-chair-bound American Jew. Mr. Klinghoffer’s body was consequently thrown into the sea by his executioners. Against this backdrop, the performance presents a sprawling musical contemplation of the emotions and arguments that have defined the Palestinian-Israeli conflict over the last 60 years.

This week’s rally was hardly the first public opposition to the Met’s decision to stage “Klinghoffer.” Several weeks ago, an equally well-attended demonstration was held on the opening night of the opera season. Additionally, a hefty volume could be published of letters, editorials, and the like that have appeared in print voicing similar feelings of indignation, claiming that the opera perpetuates anti-Semitic stereotypes and makes “moral equivalence” between murderers and innocent victims.

No matter how objectionable one finds the subject matter of “Klinghoffer,” one could pose a very practical question about all of the noise that it has engendered.

A very small percentage of New Yorkers are opera-goers. A larger, but limited, number follow the city’s high cultural events. Had this production been merely ignored, it would have been confined to the quiet existence of other modern operas, whose names are known to what constitutes presumably fewer than one percent of the city’s population. It would have come and gone as soon as its few weeks of performance were finished.

These protests have made “Klinghoffer” into a household word to followers of current events nationwide. Its “cause” has become a subject of public debate.

What was the goal of these protests, and has the publicity they have brought to the Met’s performance paid off in the cost-benefit analysis?

Let us begin to answer this question by attempting to clarify the issue at hand.

Supporters of “Klinghoffer” are insistent that the production is not anti-Semitic and that it is an attempt to “give voices to all sides.” However, as early as 1991, when the opera first appeared, then-New York Times music critic Edward Rothstein wrote a sharp piece contending that the image of the Klinghoffers themselves and other Jewish characters perpetuated stereotypes of Jews as self-centered, bourgeois imperialists.

Furthermore, the fact that the murder of an innocent person — killed for the sole reason that he was Jewish —  is used as a springboard for a discussion of the legitimacy of any cause is difficult to dissociate from anti-Semitism. The fact that Leon Klinghoffer was an American Jew and not an Israeli makes this point even stronger.

This past summer, despite insistence that the production was not in itself anti-Semitic, Met director Peter Gelb compromised with opponents of  “Klinghoffer” by cancelling a worldwide telecast, saying that broadcasting the production “would be inappropriate at this time of rising anti-Semitism, particularly in Europe.”

The motivation of the artists involved, the Met, and its supporters might not be one of anti-Semitism, but that does not diminish their responsibility for giving public forum to a production that by its director’s own admission could fuel and legitimize such feelings.

Comparisons to Nazi Germany tend to be hyperbolic and incendiary, and so by means of introduction, the following is meant to illustrate a point and not to make a direct analogy.

Neither Wagner’s operas nor Nietzsche’s philosophical works about the idea of the racially tinged “ubermentch,” or superman, suggested genocide or even public decrees against Jews. What they did do was give credence to a mode of thinking in European society that less than a half century later became an ideological basis for Nazism.

The Met’s decision to stage “Klinghoffer” is an abandonment of its responsibility to consider the societal effects of airing a performance that asks its audience to sympathize with cold-blooded murderers of a handicapped civilian, killed because of his religion. Its supporters’ insistence that the show denounces violence and “gives voices to all sides” does little to mitigate this effect.

The fact is that to use Klinghoffer’s murder as a vehicle for evaluating the justice of the Palestinian cause sends a message that violent anti-Semitism is understandable, even justifiable, if we understand the Palestinian plight. That suggestion is a dangerous one, no matter where one stands on the issue that “Klinghoffer” is trying to present.

Protests might have sold more tickets than the Met could have sold on their own. However, failure to respond — loudly — to the legitimization of such ideas in the world of the “cultural elite” could have effects that are far more grave in years to come.