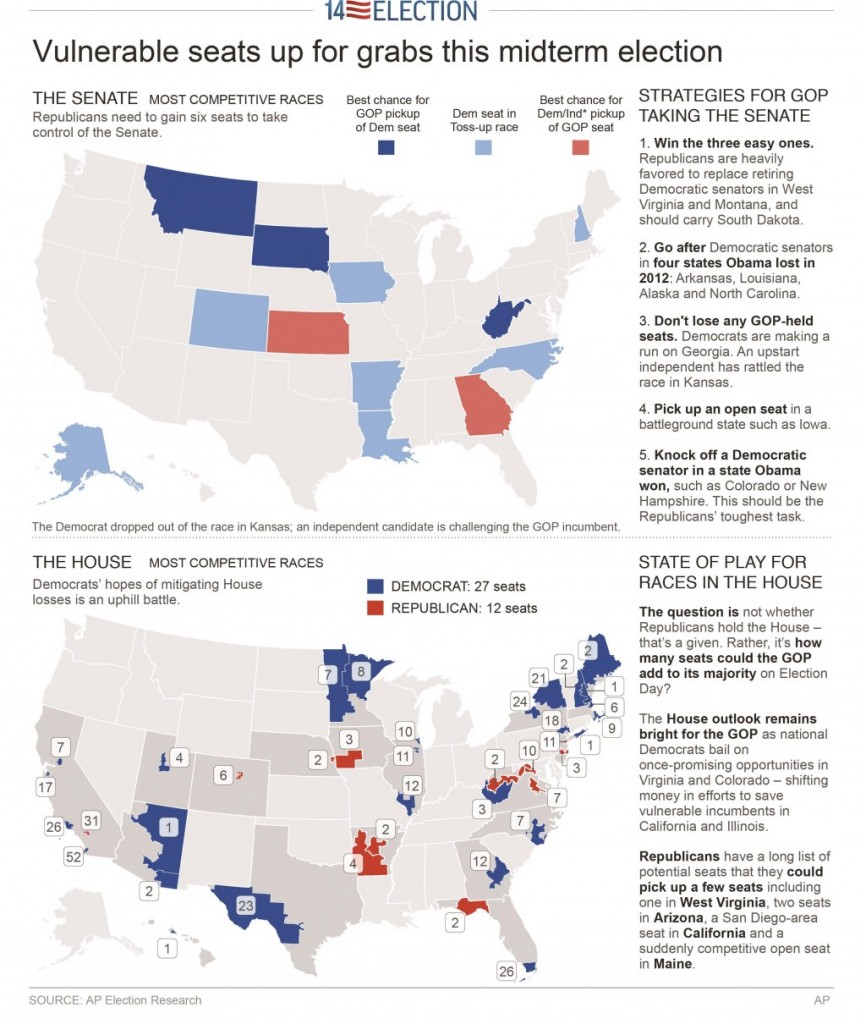 Two weeks before Election Day, most of the nation’s likely voters now expect the Republican Party to take control of the U.S. Senate, according to a new Associated Press-GfK poll. And by a growing margin, they say that’s the outcome they’d like to see.

But the survey suggests many will cringe when they cast those ballots. Most likely voters have a negative impression of the Republican Party, and seven in 10 are dissatisfied by its leaders in Congress.

The Democrats win few accolades themselves. Impressions of the party among likely voters have grown more negative in the past month. In fact, Democrats are more trusted than the GOP on just two of nine top issues, the poll showed.

The economy remains the top issue for likely voters — 91 percent call it “extremely” or “very” important. And the GOP has increased its advantage as the party more trusted to handle the issue to a margin of 39 percent to 31 percent.

With control of the Senate at stake, both parties say they are relying on robust voter-turnout operations — and monster campaign spending — to lift their candidates in the final days. But the poll suggests any appeals they’ve made so far haven’t done much to boost turnout among those already registered. The share who report that they are certain to vote in this year’s contests has risen just slightly since September, and interest in news about the campaign has held steady.

Among all adults, 38 percent say they’d like the Democrats to wind up in control of Congress, to 36 percent for the Republicans. But the GOP holds a significant lead among those most likely to cast ballots: 47 percent of these voters favor a Republican controlled-Congress and 39 percent a Democratic one. That’s a shift in the GOP’s favor since an AP-GfK poll in late September, when the two parties ran about evenly among likely voters.