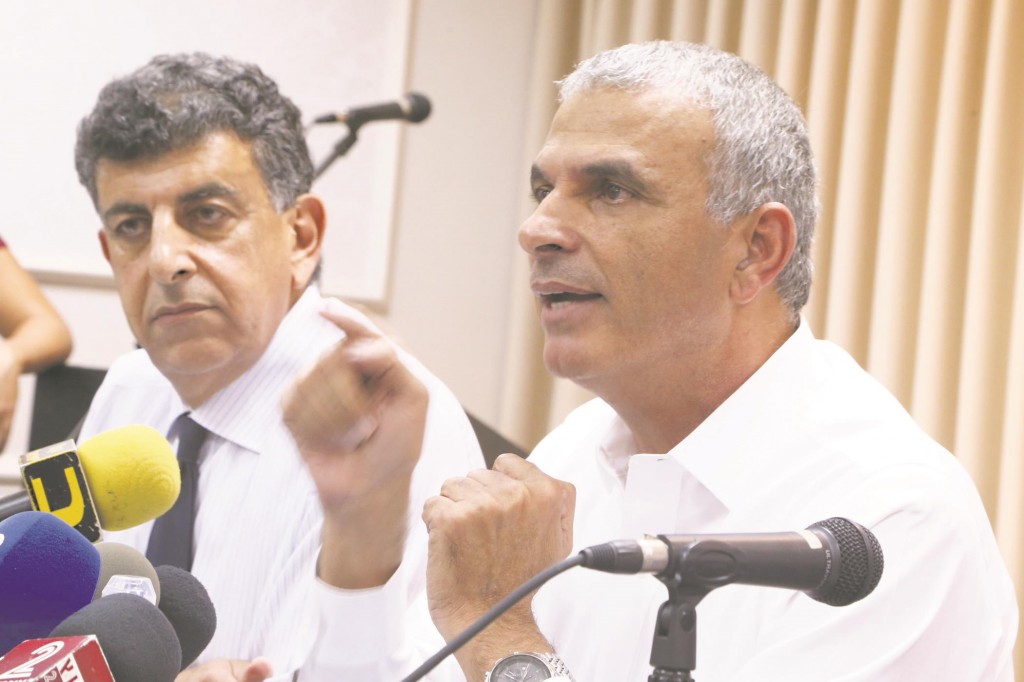 The rumors about Likud star Moshe Kahlon’s political comeback began almost the moment he announced his decision to leave politics before the last election in January 2013.

On Monday, Kahlon confirmed the rumors were true. In the course of a press conference about the problems in the Israeli economy, the former Communications Minister let it slip that he intended to do something about them — in the form of a new political party.

“The cost of living is not an issue of fate, nor a decree from Heaven,” Kahlon stated in a meeting with representatives of the Institute of Independent Workers and Small Businesses. “This needs to be dealt with and if the Israeli government decides to, it will handle it.”

To that end, he said, “my colleagues and I intend to establish a new political framework with which we will take care of the issues we discussed [here]. It will happen before the next election.”

Kahlon had earned accolades for his successful efforts as Communications Minister to bring down the cost of mobile phones.

Two days before the election, he was designated by Prime Minister Netanyahu to head the powerful Israel Land Administration (ILA), but the appointment did not materialize. The Cabinet was formed without him, and his departure followed.

Though his return to politics was widely assumed, the form it would take was a matter of speculation. The announcement of a new party in the works does not come as a surprise either.

“I have great difficulties returning to the Likud of today,” Kahlon said in a recent interview.

“The question is: What is Likud?” added Kahlon. “My Likud was really Menachem Begin’s Likud, represented through a number of social principles: reducing the class gap, revitalizing [run-down] neighborhoods, educational and social rehabilitation.

“This was a pragmatic Likud, that knew how to make peace when it had to,” he continued. “Likud was social sensitivity, Likud was compassion, Likud was caring for the weak. But this Likud no longer exists.”

A Knesset Channel poll later showed that a party headed by Kahlon could win as many as 10 seats in the next election. If he should team up with another former Likud senior official — namely Gideon Saar — the challenge to their old party could be formidable.