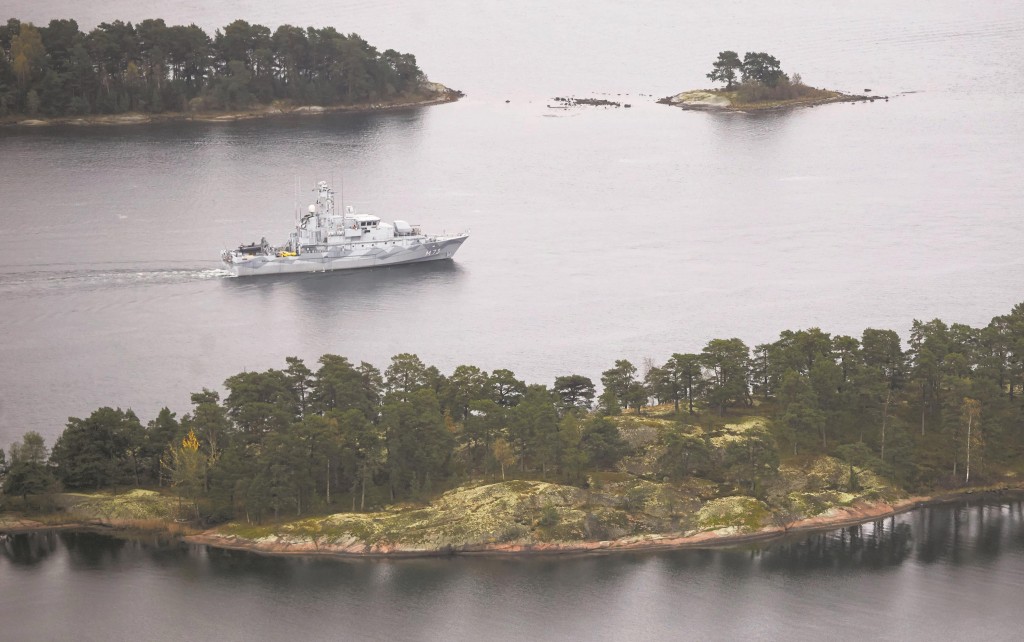 The Swedish military said Sunday it had made three credible sightings of foreign undersea activity in its waters during the past few days amid reports of a suspected Russian intrusion in the area.

Rear Adm. Anders Grenstad said the armed forces had observed the activity in the Stockholm archipelago and nearby coastal area, but declined to give details of an operation reminiscent of the Cold War, when Sweden’s armed forces routinely hunted for Soviet submarines in its waters.

The armed forces published a photograph taken
on Sunday by a passerby showing a partially submerged object in the water from a distance, but it was unclear what kind of vessel was in question.

Grenstad told reporters that he wouldn’t speculate on the photograph or sightings except to say the region is “of interest to a foreign power.”

The military said the intelligence operation, involving a few hundred people, began Friday. It was sparked by information “from a credible source.”

The Defense Ministry in Moscow said its submarines and ships have been “fulfilling their tasks in the world’s oceans,” according to plan, Russian news agencies reported.

“There have been no emergencies or accidents with Russian military vessels,” an unnamed spokesman at the ministry was quoted as saying.