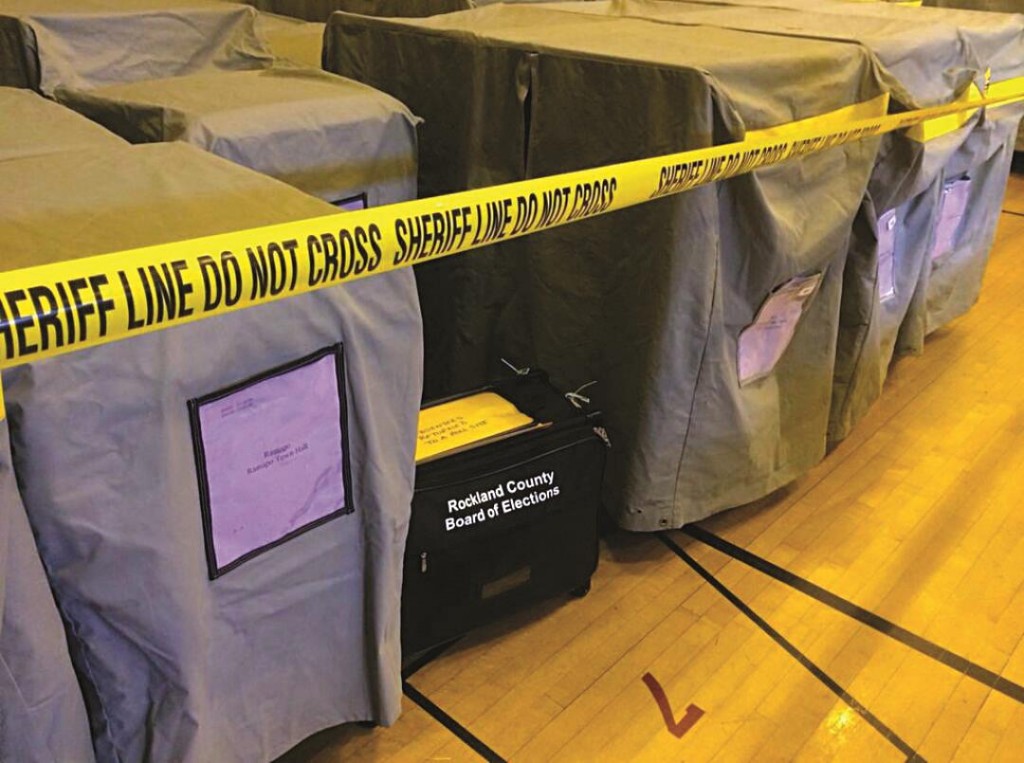 Declaring that mistakes made by the Ramapo township in a special election were too “egregious” to rectify, a county judge on Tuesday ordered the referendum redone, this time overseen by the county and observed by poll watchers.

The election, which took place on Sept. 30, asked Ramapo voters to decide if they should add two legislators to the four-member local board and if they should be elected via districts known as the “ward” system, rather than the current system of the entire district voting for the
whole legislative body.

Urging a “no” vote in the election, which was prompted by a petition by two Preserve Ramapo members, Orthodox groups, including Agudath Israel of America, warned that if it went through it could weaken the power of the Orthodox community.

The election last Tuesday went off without a hitch and featured extremely high turnout by both sides. But Michael Parietti and Robert Romanowski, the duo who asked for the election, complained to the court that they were not told until the day before the election that voters needed to be registered a week in advance in order to cast an absentee ballot.

They claimed that “thousands” of voters were confused as a result.

While the town of Ramapo does not require preregistration, election law in Rockland County, in which Ramapo is situated, does demand it.

So hours after the election ended, Judge Margaret Garvey of the Rockland County Supreme Court ordered all the ballots impounded while she rules on Parietti’s and Romanowski’s petition.

She surprised both sides on Tuesday by calling for a new election.

“The irregularities … permeate the entire special town election, from the application to receive absentee ballots, to the information disseminated to the general public regarding who could vote on the propositions, and no order of this court … can rectify the issues,” Garvey wrote in her ruling.

She also said that due to the divisiveness of the issues, Rockland County should oversee the new process, and that poll watchers be present.

Groups who had fought against the issue said the latest flap proved that the ward system had been voted down — results were not released — and a do-over would yield the same results.

“We welcome the opportunity to continue pushing the ‘no’ proposition since we believe that it is an attempt to minimize the outcome of the votes from our community,” Rabbi Ronnie Greenwald, a Reagan administration diplomat who lives in the township, told Hamodia. “We’re going to move ahead so that the next election should have even a greater turnout. We firmly belief that everything our group did was in accordance with the law.”

Yossi Gestetner, whose group OJPAC was involved in the vote, echoed that sentiment.

“I am not familiar with the legalese of this case and I am not sure which side is happy and which side is frustrated with this ruling,” Gestetner said in a statement, “but the voting influence of the Orthodox Jewish Community in Ramapo and elsewhere will continue to grow irrespective of the outcome of one election.”

The Ramapo town board is headed by Supervisor Christopher St. Lawrence, and has two Orthodox members, Yitzchok Ullman and Daniel Friedman. The two others are Brendel Logan and Patrick Withers.

Ramapo has a heavy Jewish presence, mostly in the areas of Monsey, Spring Valley and New Square.

The redo will presumably take place during the regularly scheduled election on Nov. 4.