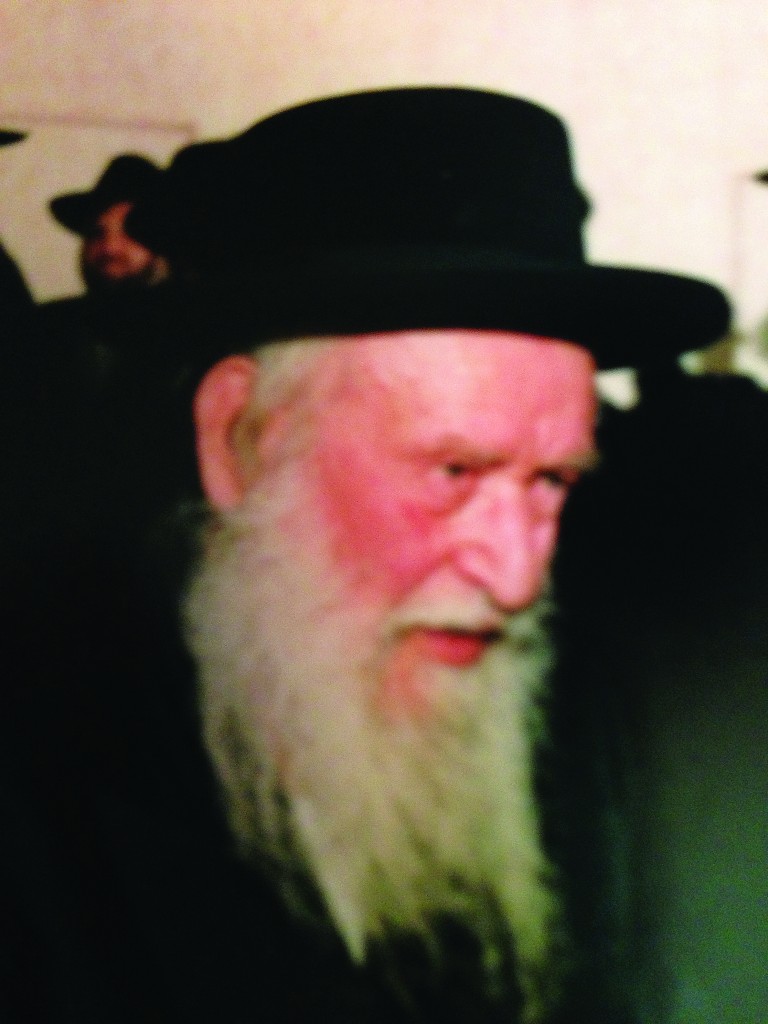 On Sunday, 12 Elul, Klal Yisrael lost one of the last of the pre-war Hungarian Rabbanim with the passing of Harav Naftali Landau, zt”l, at age 97.  Known as the Chuster Dayan, Harav Landau was a trusted posek for the most intricate Choshen Mishpat cases for over 65 years.

Harav Landau was born in 1917 in the Hungarian town of Legenmihay, where his father, Harav Binyomin Zev, was Rav.  Learning mostly under his father, young Naftali absorbed the Hungarian method of study and halachic teshuvos.

All his life, he clung to the practices and traditions he had been brought up with. To compromise on the minutest detail of a minhag or practice was unthinkable. This dedication to the ways of his ancestors was at the core of who he was and what he inculcated into his children.

He married the daughter of Harav Yaakov Friedman, zt”l, Dayan in Chust. A short while later he joined the town’s beis din, beginning his long career in Choshen Mishpat — adjudicating business halachah.

In his early years in America, Harav Landau became established as one of the most trustworthy sources for psak in Choshen Mishpat, serving on dinei Torah with Gedolim of the day including Hagaon Harav Moshe Feinstein and Harav Yonasan Steif, zecher tzaddikim l’vrachah.

The Satmar Rav sent the most difficult monetary matters that came to his attention directly to Harav Landau, whose knowledge and integrity were beyond question.

In the 1950’s there was a severe food shortage in Eretz Yisrael. An American gentleman sponsored and organized a drive to send canned meat to needy families. He asked Harav Landau if he would add his hechsher to the one that was already there. Inspecting the slaughterhouse, Harav Landau found issues with the methods of shechitah that he could not accept. Harav Landau wrote a report to the Chazon Ish, zt”l, detailing his objections; based on this report, the Chazson Ish instructed people to stop using the meat.

He was renowned for his exceptional diligence in learning; visitors to his home rarely recalled seeing Harav Landau without a sefer in front of him. He completed all of Mishnayos every two months, and knew every se’if katan in Shulchan Aruch.