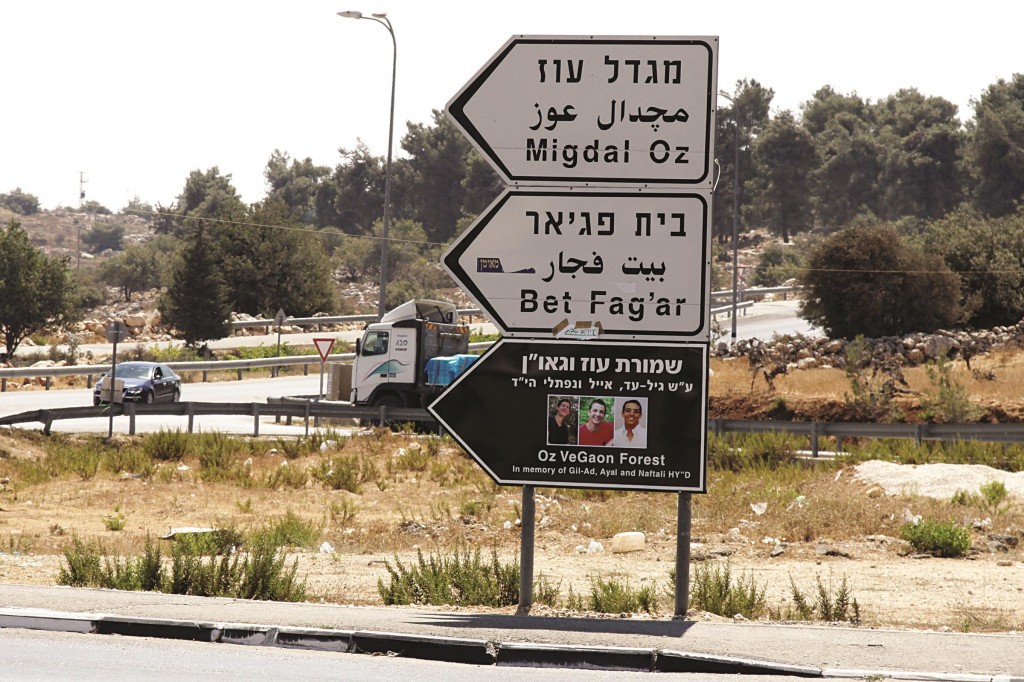 The IDF announced on Sunday that a thousand acre parcel of land in Gush Etzion, known as Gevaot, belongs to the state, thus clearing the way for the building of a new city.

The military’s investigation into the ownership of the property found that Palestinian claims that the area belongs to Beit Lechem and Chevron were unsubstantiated. The area in question is located on the outskirts of Alon Shvut in Gush Etzion, that Israel believes will be included within its final borders in any final status solution.

A 45-day period for objections promises to be stormy. The Palestinian Authority immediately condemned what it called the “seizure” of its land.

This status change must be reversed, said Nabil Abu Rudaineh, a spokesman for the Palestinian Authority President Mahmoud Abbas. Such a move, he warned, “leads to a further deterioration of the situation.”

Within the Israeli government objections were also heard on Sunday. Justice Minister Tzipi Livni, who had previously supported the building of Gevaot, warned that the move would significantly harm Israel’s diplomacy efforts.

“Now, when we need to mobilize the world to prevent processes against Israel, and work together with moderate forces, anything that could deflect attention on to us, and cause criticism of us, harms those things we are trying to achieve,” she said.

The Prime Minister’s Office had no response. But one government official was dismissive of the criticism.

“We remain serious about negotiating two states for two peoples,” the official said. “Nothing we have done today inhibits the ability to come to an agreement on a two-state solution.”

In June of this year, the Gush Etzion Regional Council reissued its call for work to move forward on Gevaot, which had originally been designated for IDF use and later for residential housing, in response to the deaths of Naftali Frankel, Gilad Shaer and Eyal Yifrach Hy”d, at the hands of Hamas terrorists.

The three teens were kidnapped at a bus stop near the Gevaot property.

“The announcement paves the way to establishing the new city of Gevaot,” the head of the Gush Etzion Regional Council, David Perl, said. “The murderers of the three teens wanted to plant fear in our hearts and disrupt our daily lives, and our answer is strengthening the communities and constructing both inside the main blocs and outside of them.”

The Office of the Coordinator of Government Activities in the Territories said that it had acted under guidelines from the political echelons issued after the end of the IDF’s mission Brother’s Keeper to find the teenagers.