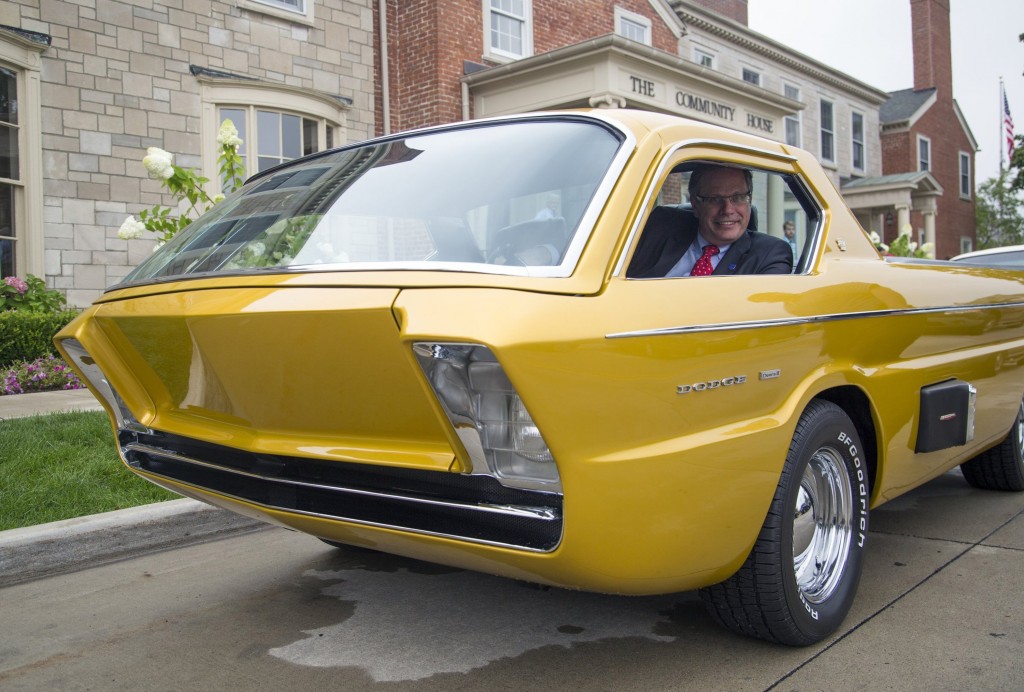 As car lovers from across the country and around the world recently gathered for the Woodward Dream Cruise in Detroit, one could feel the dream of a world-class auto museum gaining traction.

A collection of private and public groups have begun working to document the role the auto industry and specific cars have played throughout American history.

“The Woodward Dream Cruise celebrates the heritage of Detroit and Michigan with incredible cars driving up and down Woodward,” U.S. Rep. Gary Peters said. “This is the place that gave birth to the auto industry throughout the world. We should celebrate these historic vehicles.”

“We’re trying to set an agenda for the celebration and preservation of our national automotive heritage,” said Mark Gessler, president of the Historic Vehicle Association (HVA), which works with the Department of the Interior to document the history and engineering of memorable vehicles. “The role the automobile played in our heritage has been overlooked for decades. There needs to be a place or places for people to come and connect with that heritage. We’d like to see a place in Detroit or Washington, D.C.”

The HVA and Historic Vehicle Register aim to tell the stories behind vehicles, not simply present a list or a collection of cars. Each car’s documentation includes information about why that specific car mattered — what new ground it broke, why it captured owners’ passion and its historic context.

For instance, the 1964 Shelby Daytona coupe, the first car in the collection, didn’t just win races in Europe. It set 23 speed records at Utah’s Bonneville Salt Flats. A legendary music producer then bought it, apparently using the racer for daily driving until its high-strung nature wore him out. Through a series of bizarre events, the car disappeared and spent 30 years forgotten in a storage unit.

The 1918 Cadillac Type 57 — just added as the fourth car in the register — was owned by a Presbyterian minister who brought it with him when he volunteered to help the YMCA supporting American soldiers during World War I. The car’s passengers included President Theodore Roosevelt’s daughter-in-law, when she visited Europe during the war’s final days.

“We’ve got hundreds, if not thousands, of stories to tell. There needs to be a place or places for people to come and see the vehicles and learn the stories,” Gessler said.

The MotorCities National Heritage Area, based in Detroit and affiliated with the National Park Service, wants to work with HVA and other groups to make Michigan that place. “We’re trying to tie it all together, first with freeway signs,” MotorCities managing director Shawn Pomaville said. “We need an entrance point, so people know what’s here.”

Attracting visitors to Michigan with the region’s history of designing, manufacturing and driving cars appealed to Peters.

“We can absolutely get people to come to Detroit and Michigan for car-related events,” he said. “We have these cars on display, celebrating human ingenuity.”

“We have nothing like this where I’m from — the people and the cars and the variety,” said Kevin Whyte of Kenosha, Wis. “There’s something for everybody. It’s a special place and time.”

Michigan’s automotive appeal extends well beyond the Detroit area. The Gilmore Car Museum expects to draw more than 100,000 visitors this year from as far as Australia to its 90-acre campus.

“We’re proud to be the gateway to the motor cities,” Gilmore executive director Michael Spezia said. “Events like Woodward draw attention and bring people. Museums preserve history and tell stories. There’s a big story to be told in Detroit – an exciting and important story.”