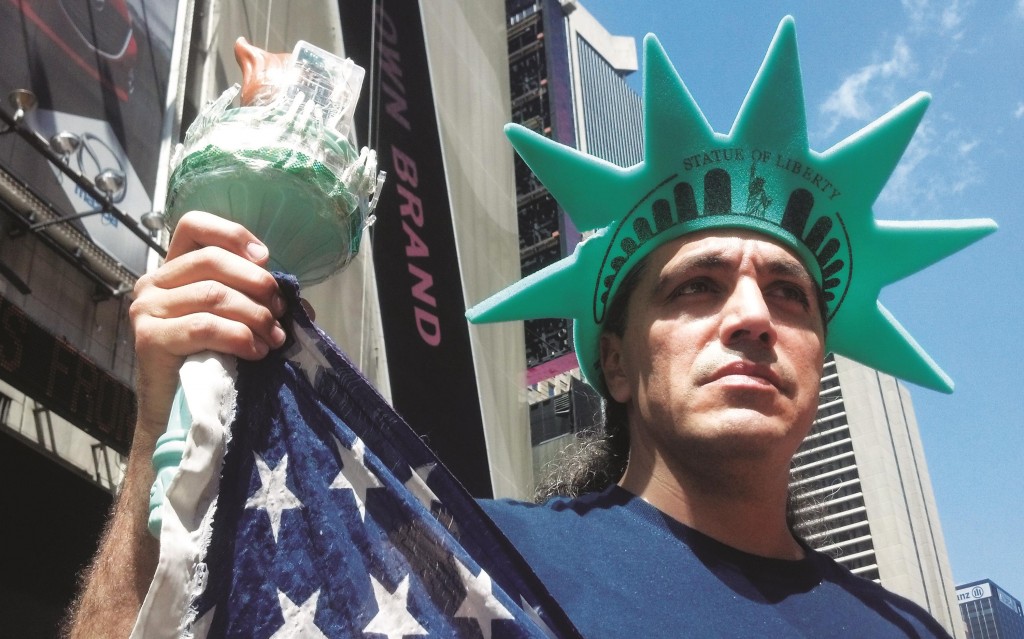 Some costumed characters in Times Square ripped off their mammoth heads on Tuesday, showing their real faces to protest what they call a “hostile move” by police telling tourists they don’t have to tip for photos.

The giant Elmos, Mickey Mouses, Statues of Liberty and other beloved children’s characters — mostly Spanish-speaking immigrants — held a news conference to proclaim their right to the meager survival cash.

One of their protest signs read: “We make the world smile,” and another, “Let us work.”

The crackdown followed a string of harrowing incidents in which some of the costumed characters assaulted or harassed tourists, including officers, women and children.