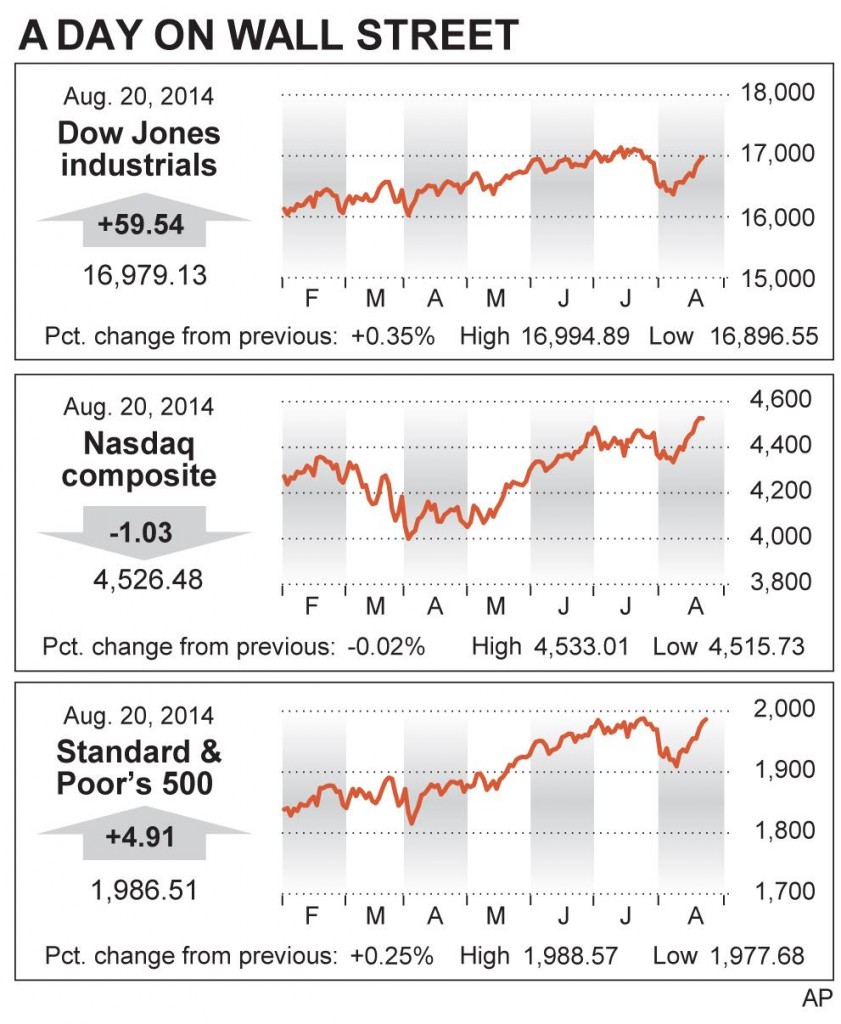 The stock market rose for a third straight day Wednesday despite a report from the Federal Reserve that showed a growing chorus of central bank officials willing to raise interest rates sooner rather than later.

In the bond market, prices fell and yields rose as investors prepared themselves for higher interest rates.

The majority of Fed policymakers believe the U.S. economy is improving enough that the bank should start considering how it’s going to start raising interest rates, according to minutes from the bank’s latest meeting.

The debate on when the Fed should raise interest rates, which have been near zero since 2008, has intensified in recent months as the central bank winds down its other economic stimulus.

The Fed has been winding down its bond-buying program since December, and is expected to end it completely before the end of the year. Despite worries that the Fed’s exit might be a net negative for the market, stocks have remained resilient. The S&P 500 is up 7.5 percent this year.

“We’ve been talking about raising interest rates for so long, I don’t think the Fed is going to surprise anybody when they finally do it,” Corpina said.

The Fed’s key short-term interest rate influences the prices of a huge array of investments, including Treasuries, other kinds of bonds and stocks. If the Fed were to raise interest rates, investors would demand higher yields on bonds.

The Fed minutes prompted some investors to sell bonds. The yield on the U.S. 10-year Treasury note rose to 2.43 percent from 2.40 percent the day before. Bond yields rise when prices fall.

Trading has been quiet this week as the summer winds down and with many traders on vacation. Tuesday was the third-slowest trading day of the year and Wednesday was 12th-slowest day.

On Friday, Fed Chair Janet Yellen will give a speech at the bank’s annual conference in Jackson Hole, Wyoming. The speech is often a venue where the leader of the Fed lays out major policy decisions.

• PetSmart rose 82 cents, or 1 percent, to $70.52 after the company said it was exploring a sale. The pet supply retailer had been under pressure from activist investors to consider a deal or a major restructuring.

• Hertz fell after the rental car company withdrew its full-year profit forecast, citing numerous “operational challenges” related to auto recalls and accounting irregularities. The company said the Ford and GM recalls hurt its ability to have cars available for customers. Hertz also said its purchase of Dollar Thrifty was not saving as much money as originally hoped. The stock fell $1.23, or 4 percent, to $30.33.