World Can ISIS’s Regime Sustain Its Reign of Terror?
World 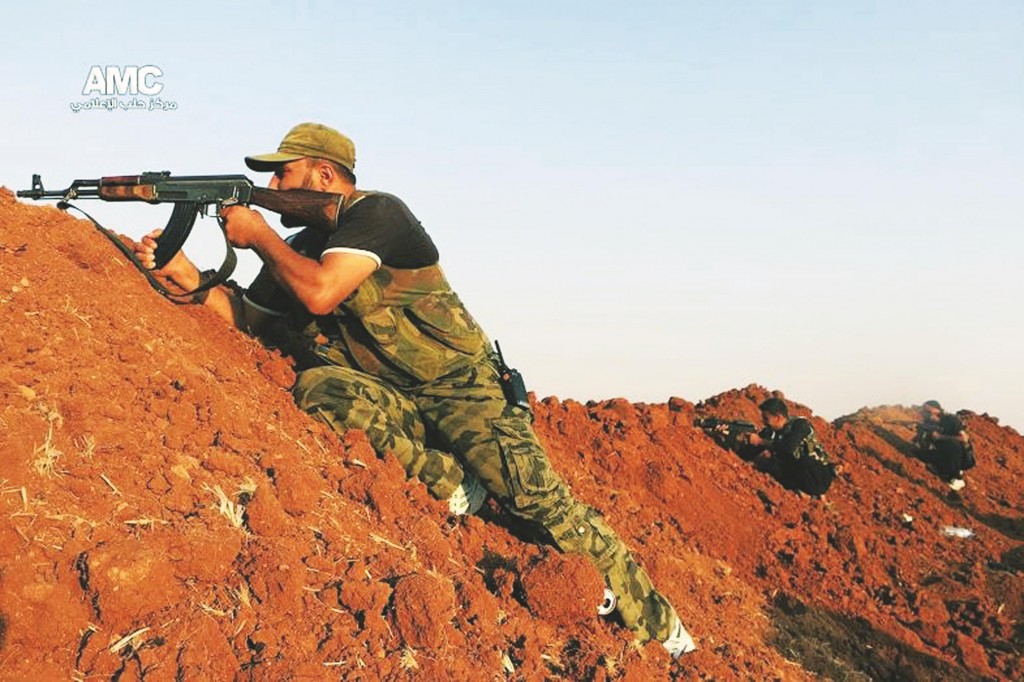 Despite recent gains made by Kurdish forces supported by U.S. air-strikes against ISIS, experts agree that the infamous “caliphate” will not disappear quickly. How can a regime based on terror and mass murder maintain power? Does its declaration of a caliphate give it more legitimacy in the Arab world? What is the source of its popular support? What is the source of its financial support? And can it govern the areas it rules?

A caliphate is a centralized state governing all Muslims in the world. Such an institution existed on and off since the early days of Islam in the seventh century until the breakup of the Ottoman Empire and creation of modern Turkey in 1924.

“They have invoked the caliphate argument to justify their expansion,” said Michael O’Hamlin, National Security Expert for the Brookings Institution, in an interview with Hamodia. “The basic definition of a caliphate covers all areas of the believer community that have historically been under Muslim control. Technically, that could mean Spain, but it is hard for them to claim that now without being laughed at, as they only control parts of Syria and Iraq.”

O’Hamlin said that no matter how maximalist their ideology might be, ISIS will continue to be limited by how far they can reach militarily.

David L. Philips, Director of the Peace-building and Human Rights Program at Columbia University, described the caliphate as a rallying tool.

“There was a quote explaining bin-Laden’s popularity: ‘If you see a strong horse, you’ll get on it,” he said in a discussion with Hamodia. “Since the Arab world feels that they suffer indignity and disgrace in the eyes of the world, any group that is able to stand up for them is seen with reverence.”

Philips was dismissive of claims that ISIS’s appeal is rooted in the Arab world’s resentment of national borders drawn by former colonial powers. Rather, he said that ISIS’s popular support comes from many within the Sunni majority in Iraq who feel disenfranchised by the Shiite-controlled government in Baghdad, which they see as a proxy of long-time enemy Iran.

Clearly, ISIS needs significant sources of funding in order to maintain its regime. Lina Khatlib, Director of the Carnegie Middle East Center in Beirut, wrote that ISIS’s support began with financing from princes in countries such as Saudi Arabia and Qatar, “each with individual agendas and ambitions that diverge from those of their states.”

Mr. O’Hamlin identified the Saudi financiers as members of the Wahhabi sect. The Wahhabis are a Sunni group dating back to the 18th century, identified by some as the forerunner of modern Islamic fundamentalism. They are a dominant minority in several Gulf countries. O’Hamlin, however, said that it is no longer in their interests to continue supporting ISIS, in light of the group’s hostility towards the Saudi regime.

Over its last two years of operations in Syria, ISIS has gained control of vital natural resources including water and oil. Its recent raid on the Mosul bank in Iraq reportedly added an additional $400 million to its coffers.

Mr. Philips said that ISIS’s present position also allows it to support itself through extortion, looting, and by levying heavy taxes, particularly on those it deems non-believers.

If ISIS remains in control of regions in Iraq and Syria, it will need to shift from the role of conqueror to ruler, something that Philips doubts the organization is prepared for. “I do not think that they can provide services,” he said, adding that any governance would be spontaneous rather than part of a well-thought-out plan.

Khatlib has written otherwise. She cites examples such as the Syrian city of Raqqa, which is deep inside ISIS’s Syrian territory.

“Available evidence indicates that ISIS has indeed demonstrated the capacity to govern both rural and urban areas in Syria that it controls. Through the integration of military and political campaigns, particularly in the provincial capital of Raqqa, ISIS has built a holistic system of governance that includes religious, educational, judicial, security, humanitarian, and infrastructure projects, among others.”

Charles C. Caris and Samuel Reynolds of the Washington-based Institute for the Study of War concurred, using similar data from ISIS’s Syrian territory, stating that the ability to govern is essential to the organization’s caliphate claim.

“ISIS begins by establishing outreach centers and rudimentary court systems,  first because these are less resource-intensive and less controversial among the Syrian population. After consolidating militarily, ISIS generally progresses towards religious police, stricter punishments, and a concerted educational system. These types of programs require more dedicated personnel, resource investments, and greater support from the population.”

“I hope that the Arab tribes will rebel against them, but when you organize a state on ideology and brutality you can ensconce yourself,” said Mr. O’Hamlin. “Citizens do not always have the ability to speak their minds in such a society to do away with their leadership. Brutality can have its own cohesive logic for years or decades. Look at Stalin, the Baathists, or North Korea. If they conduct reconnaissance on the population and mete out punishment to those that challenge them, that is all they need.”