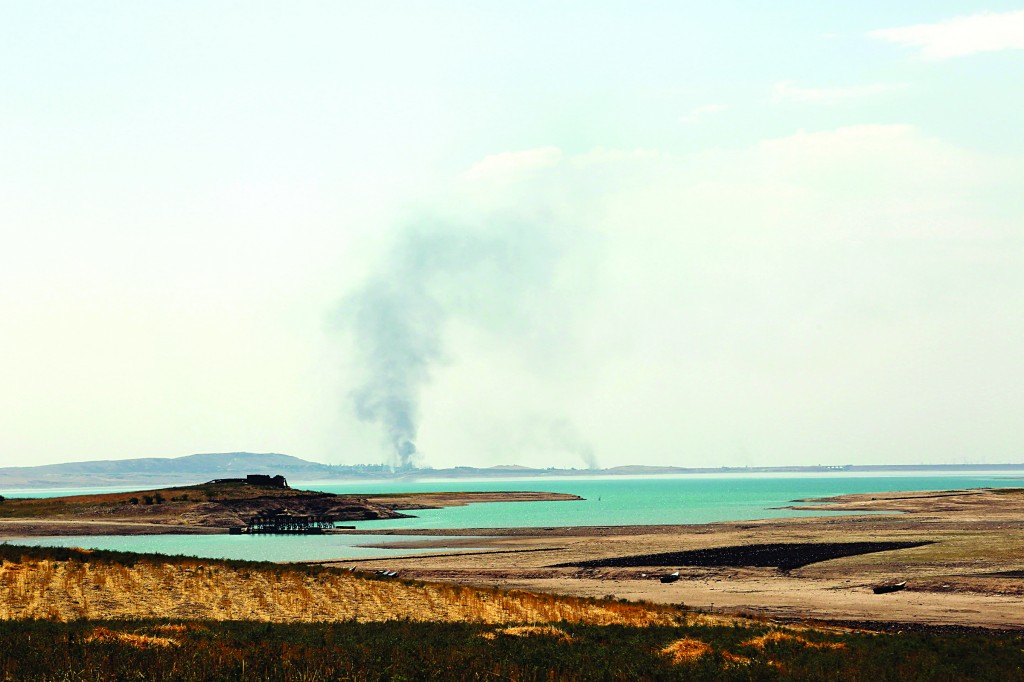 Iraqi and Kurdish forces recaptured Iraq’s biggest dam from Islamist insurgents with the help of U.S. air strikes to secure a vital strategic objective in fighting that threatens to break up the country, Kurdish and U.S. officials said on Monday.

U.S. fighter, bomber and drone aircraft took part in the strikes on Islamic State positions near the Mosul Dam, the Pentagon said. The strikes damaged or destroyed six armed vehicles, a light armored vehicle and other equipment.

The dam had given the insurgents control over power and water supplies, and any breach of the vulnerable structure would have threatened thousands of lives.

President Obama said Iraqi and Kurdish forces had retaken the dam with U.S. help. U.S. air strikes this month are the first in Iraq since the United States pulled out in 2011.

“This operation demonstrates that Iraqi and Kurdish forces are capable of working together in taking the fight to ISIS [Islamic State], and if they continue to do so they will have the strong support of the United States of America,” Obama told a news conference.

As fighting intensified, Islamic State terrorists were said to have killed dozens of Kurdish fighters and captured 170 of them, according to a site that supports the group.

Iraqi officials hailed what they said was a strategic victory in regaining control of the dam, and announced that the next objective would be to win back Mosul itself, the biggest city in northern Iraq, which lies 25 miles downstream.

A 2006 Army Corps of Engineers report obtained by the Washington Post said the dam, which blocks the Tigris River and holds 12 billion cubic meters of water, could flood two cities killing tens of thousands of people if it were destroyed or collapsed. The report called it “the most dangerous dam in the world.”

A wall of water could surge as far as Baghdad, 250 miles away.