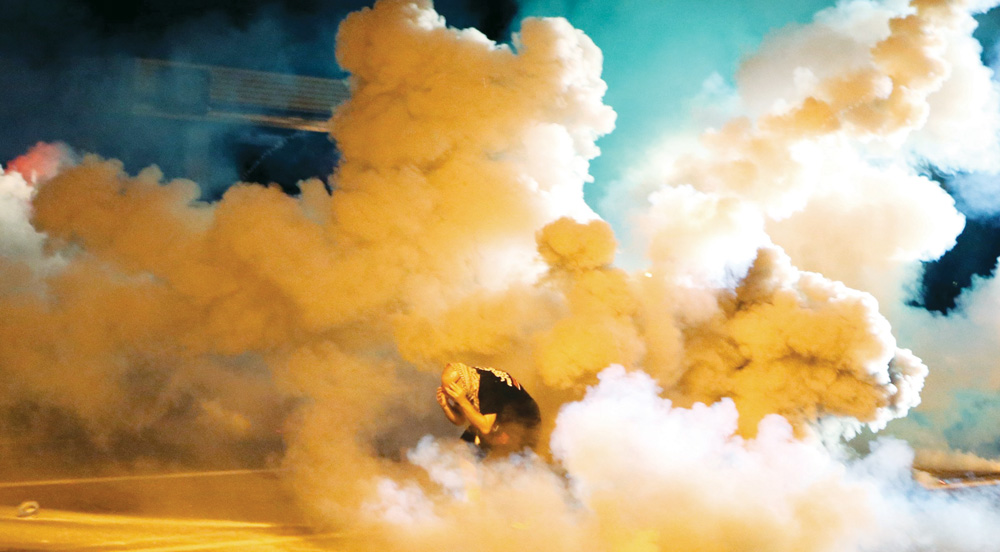 The Missouri State Highway Patrol will take over supervising security in the St. Louis suburb that’s been the scene of violent protests since a police officer fatally shot an unarmed black teenager, the governor announced Thursday.

Gov. Jay Nixon made the announcement that security will be overseen by Capt. Ron Johnson of the Highway Patrol after the local police response drew heavy criticism. Nixon said the change is intended to make sure “that we allow peaceful and appropriate protests, that we use force only when necessary, that we step back a little bit and let some of the energy be felt in this region appropriately.”

Johnson, who is black, said he grew up in the community and “it means a lot to me personally that we break this cycle of violence.”

Crowds have gathered to protest since Saturday’s shooting of 18-year-old Michael Brown. On Sunday night, some residents were seen looting stores, damaging buildings and vandalizing property. Since then, officers from multiple departments in riot gear and in military equipment have clashed nightly with protesters, who chant, “Hands up, don’t shoot,” a reference to witness accounts that Brown had his hands raised when he was shot.

Police have used tear gas and smoke bombs to disperse large crowds, including Wednesday, when some people threw Molotov cocktails and rocks at officers.

Nixon, who has faced increasing criticism over suggestions he has not done enough to calm tensions, said local police will still be involved in providing security, but under state supervision.

Earlier Thursday, President Barack Obama appealed for “peace and calm” on the streets.

“I know emotions are raw right now in Ferguson, and there are certainly passionate differences about what has happened,” Obama said. “But let’s remember that we’re all part of one American family. We are united in common values, and that includes the belief in equality under the law, respect for public order and the right to peaceful public protests.”