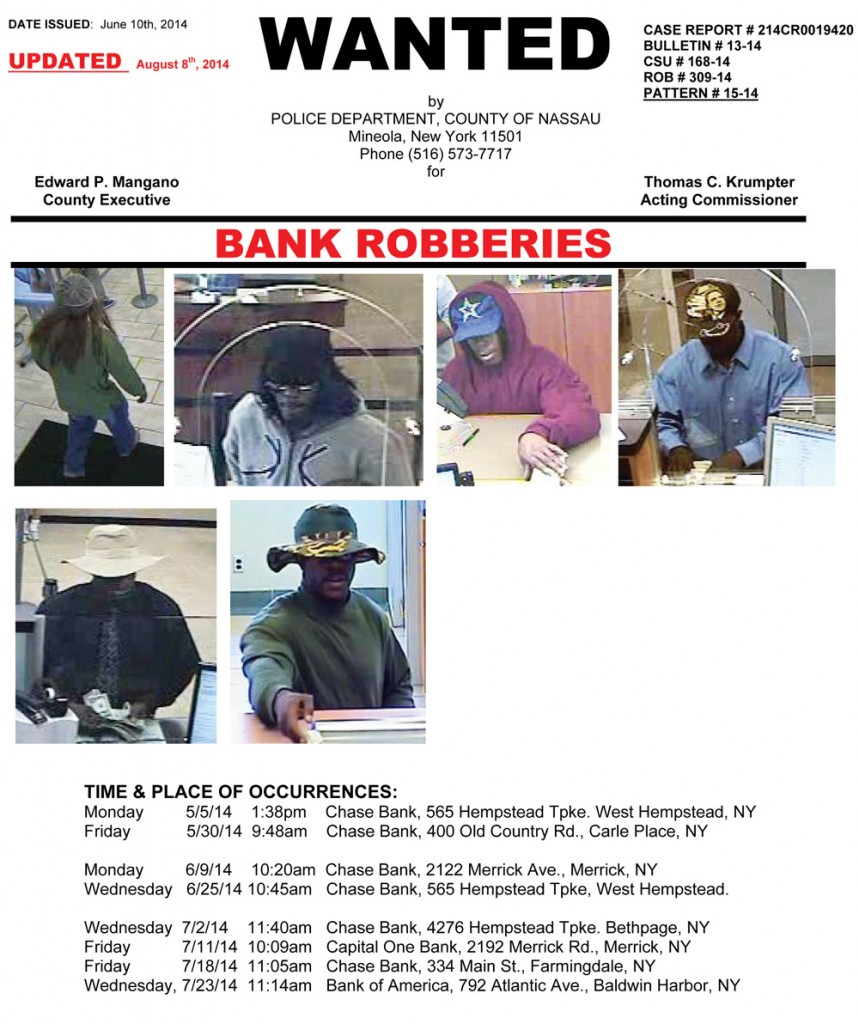 Police in New York are on the hunt for a prolific bank robber who wears many hats.

The man donned a range of wacky headpieces as he committed eight bank robberies in Nassau County over the course of 2 1/2 months ending July 23, including one bank which he robbed twice.

Surveillance photos show him wearing a floppy white hat at one bank. At another, he accessorized with a baseball hat that had a picture of President Obama on it. And at another, he decided on a hat with a long wig attached. He typically gives tellers a note threatening violence and demanding cash.