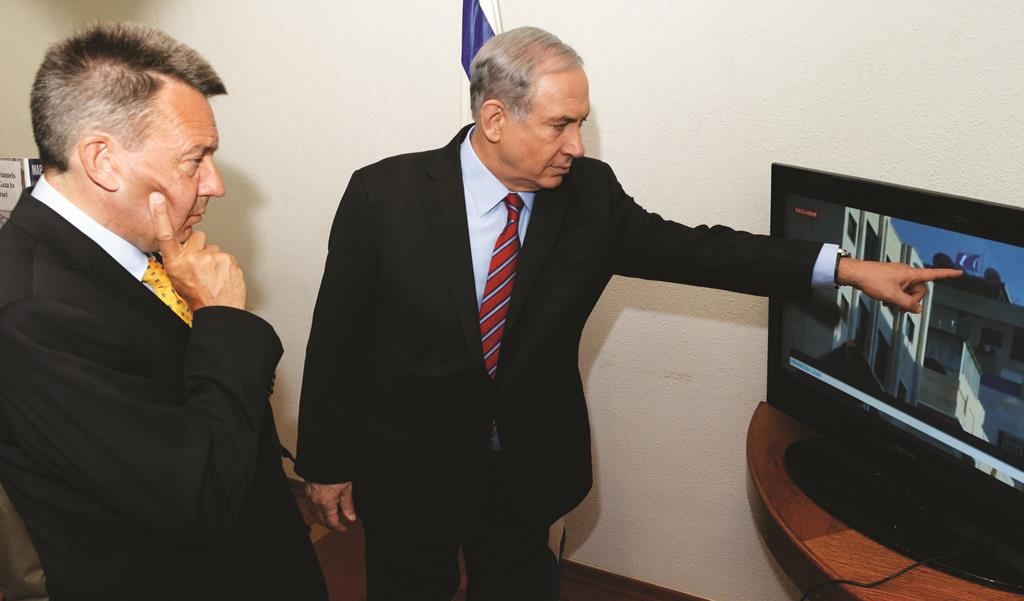 As Israel gears up for the propaganda and legal battles following Operation Protective Edge, Prime Minister Binyamin Netanyahu appealed to a visiting delegation of U.S. congressmen for help in heading off war crimes allegations at the International Criminal Court in The Hague, The New York Post reported on Thursday.

“The prime minister asked us to work together to ensure that this [Palestinian] strategy of going to the ICC does not succeed,” Rep. Steve Israel (D–NY) said.

Netanyahu “wants the U.S. to use all the tools that we have at our disposal to, number one, make sure the world knows that war crimes were not committed by Israel, they were committed by Hamas. And that Israel should not be held to a double standard,” the congressman said.

Palestinian Foreign Minister Riyad al-Malki met with ICC prosecutors earlier in the week to discuss gaining the required membership in the court prior to filing any charges.

The IDF has undertaken a comprehensive internal probe of the military’s conduct in Gaza in anticipation of having to answer such allegations in an international legal forum.

The Foreign Ministry has not yet decided whether Israel should cooperate with a United Nations Human Rights Council commission that is expected to begin work soon investigating alleged war crimes in Gaza.

Israel refused to cooperate with the Goldstone Commission in 2009, which later found Israel guilty of war crimes during the 2008-2009 Operation Cast Lead in Gaza. Although Judge Goldstone subsequently rescinded much of the commission’s conclusions, the damage to Israel’s international image was done.