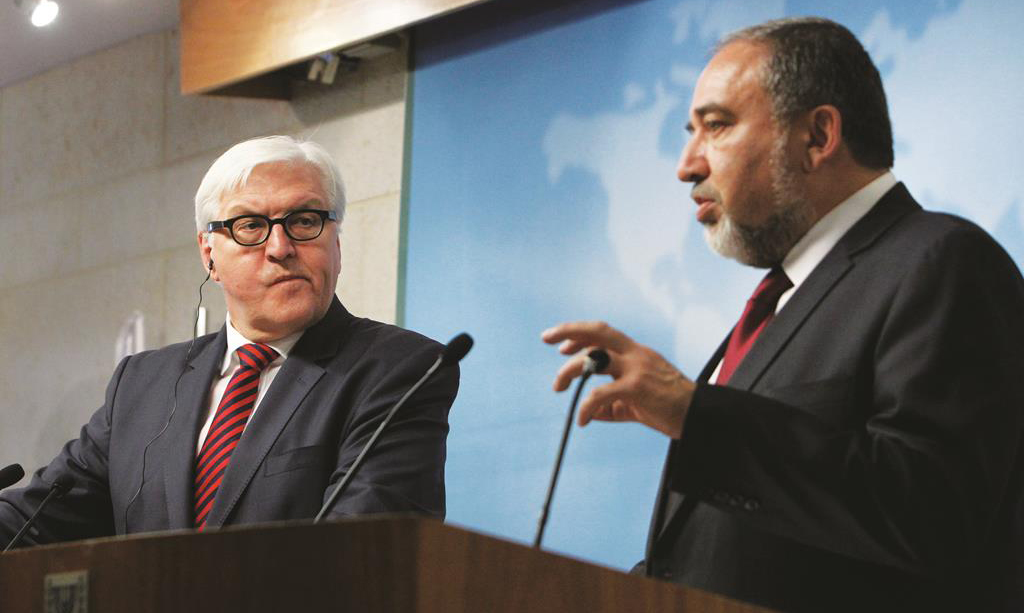 Israeli Foreign Minister Avigdor Lieberman has urged Germany to help find a solution to the conflict in Gaza, and, notably, to send inspectors to Gaza’s borders along with other European Union countries.

Lieberman told Thursday’s mass-selling German daily Bild that Germany had a “very significant” role to play in preventing an economic and humanitarian catastrophe in Gaza, where Israel and Egypt maintain tight restrictions on the movement of goods and people to try to prevent arms reaching Islamist terrorists.

He said Germany should bring together EU leaders to help find a lasting settlement for Gaza, from where Hamas has launched thousands of rockets at Israel in the last month.

Lieberman said he was not suggesting the despatch of troops or police. “But Germany and the EU need to send inspectors to Gaza to control the trade the Palestinians conduct with neighboring states.”

He said Israel did not want to govern Gaza again but that a solution was needed for the people who live there.

“And Germany should take responsibility as the leader of such a mission,” he said.

Germany, France and Britain have proposed reactivating a European Union mission on the Egypt-Gaza border to help stabilize the enclave after the month-long war, a German diplomatic source said on Wednesday.

Reinhold Robbe, President of the German-Israeli Association, told Germany’s Deutschlandfunk radio he was in favor of such a mission but said it should have a U.N. mandate and would probably also need military back-up.

Lieberman said Israel’s military action was “not yet over” but had been successful in destroying the cross-border tunnels dug by Hamas from Gaza to Israel.