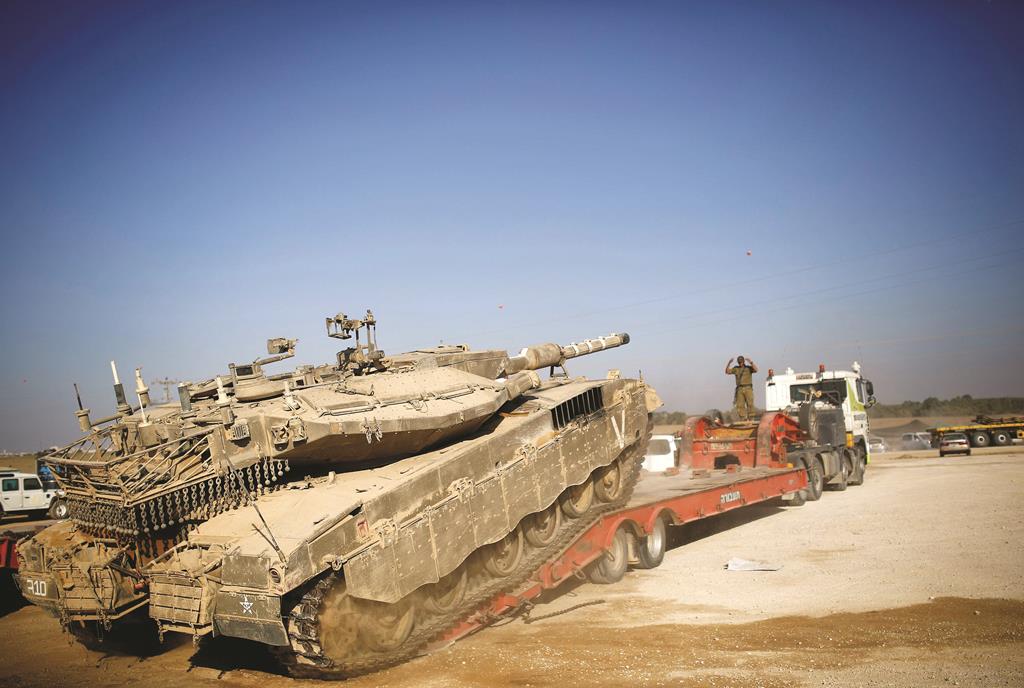 The ceasefire between Israel and Hamas and other terrorist groups in Gaza was holding as of Wednesday night.

Delegations to the talks in Cairo have not yet agreed to any resolution of the issues at hand, other than to extend the ceasefire for another few days. The ceasefire had been set to expire Friday, at 8 a.m.

Other than that, the two sides remain far apart and no one was predicting when an agreement might be reached.

Nevertheless, in Israel the ceasefire is being treated as something stable, as is evidenced by the demobilization of tens of thousands of reserve soldiers and the Home Front Command’s lifting of emergency restrictions, such as instructing people to remain close to protected areas.

Complete normalcy hasn’t returned and, on Wednesday, air raid sirens were heard in the south, though they turned out to be false alarms.

Israeli Prime Minister Binyamin Netanyahu said at a press conference on Wednesday night that Israel is carefully monitoring Hamas observance of the ceasefire, and that the IDF stood ready to resume operations if it should be violated. Sufficient forces continued to be deployed near Gaza to enable a swift response, if necessary.

Netanyahu added that, in the past, these forces were not in place to respond, a reference to harsh criticism leveled at the government by residents of southern cities and towns who left their homes for safer places northward and are now trying to decide whether or not to return home.

With all the known Hamas tunnels destroyed, Netanyahu stated that the security situation was better than it has been in the past.

Addressing the issue of rocket arsenals, the prime minister noted that the terrorists in Gaza had amassed stockpiles with the intention of inflicting major casualties on Israel, but that they had been thwarted. In addition, security services and the IDF had intercepted a number of attempted terrorist infiltrations by sea, air and land.

Netanyahu concluded by thanking U.S. Secretary of State John Kerry, with whom he spoke by telephone on Wednesday, a conversation which he characterized as “very good.”

Netanyahu praised Kerry for his statement calling for the demilitarization of Gaza, which has become a central Israeli demand.

Regarding the international outcry over the devastation in Gaza, he said: “Israel deeply regrets every civilian casualty, every single one. We do not target them; we do not seek them. The people of Gaza are not our enemy. Our enemy is Hamas; our enemy are the other terrorist organizations trying to kill our people. And we’ve taken extraordinary circumstances and measures to avoid civilian casualties.”

“I expect, now that the members of the press are leaving Gaza, or some of them are leaving Gaza, and are no longer subjected to Hamas restrictions and intimidations, I expect we’ll see even more documentation of Hamas terrorists hiding behind the civilian population, exploiting civilian targets. I think it’s very important for the truth to come out.”