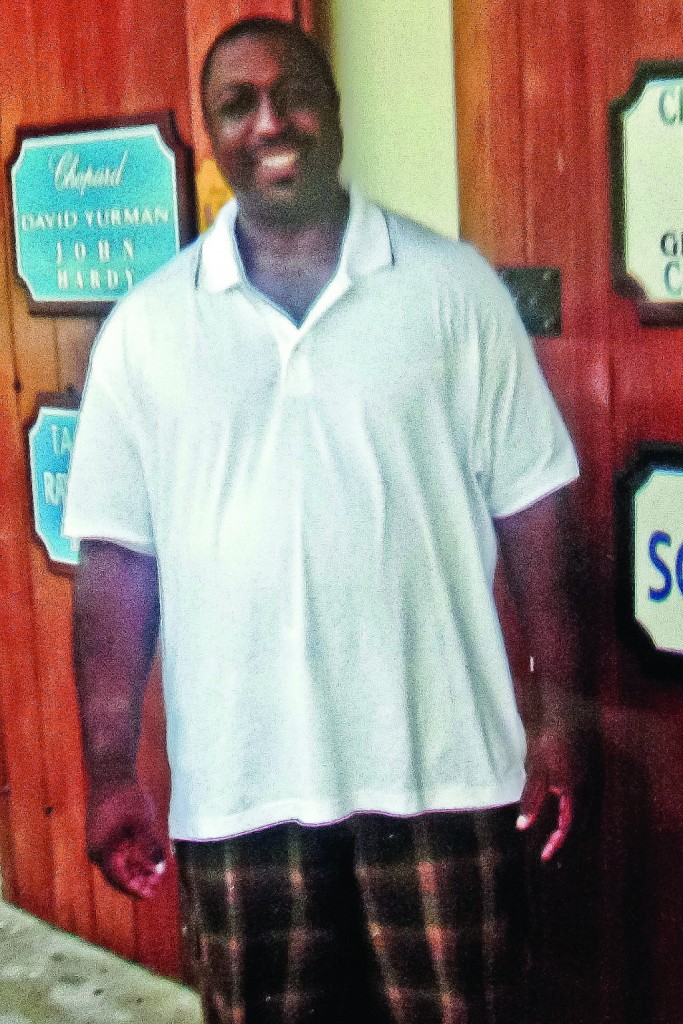 A New York City police officer involved in the arrest of a man who died in custody after being placed in a chokehold has been stripped of his gun and badge and placed on desk duty, police said Saturday.

Officer Daniel Pantaleo, an eight-year NYPD veteran, and an officer who has been with the force for four years were both taken off the street after the death Thursday of 43-year-old Eric Garner on Staten Island.

The decision, Patrick Lynch said in a statement, “effectively pre-judges” the case and denies Pantaleo the “very benefit of a doubt that has long been part of the social contract that allows police officers to face the risks of this difficult and complex job.”

Partial video of the encounter shows the 6-foot-3, 350-pound Garner, who was asthmatic, becoming irate and refusing to be handcuffed as officers tried to arrest him on suspicion of selling untaxed, loose cigarettes on a sidewalk. The video then shows one of the officers placing Garner in a chokehold. The tactic, which can be fatal, is prohibited by departmental policy.

The city’s Civilian Complaint Review Board said Saturday it would review more than 1,000 chokehold complaints it has received against officers over the last five years in an attempt to “discern why officers continue to use this forbidden practice.”

At a Harlem rally Saturday, Al Sharpton, who has previously led violent anti-police riots, threatened that the death could strain the black community’s relationship with the police department.

Garner, who had been arrested for selling illegal cigarettes numerous times, told the officers who confronted him Thursday that he had not done anything wrong, according to the video of the arrest.

“Every time you see me, you want to mess with me. I’m tired of it. It stops today,” Garner shouts. “I’m minding my business. Please just leave me alone.”

As four officers bring him down, Garner is heard gasping, “I can’t breathe! I can’t breathe!” The video shows one officer using his hands to push Garner’s face into the sidewalk.

Prosecutors and internal affairs detectives are investigating the death of the father of six and grandfather of two; authorities believe he suffered a heart attack. Garner has been arrested 31 times since 1988 on charges such as drug possession, selling untaxed cigarettes and assault.