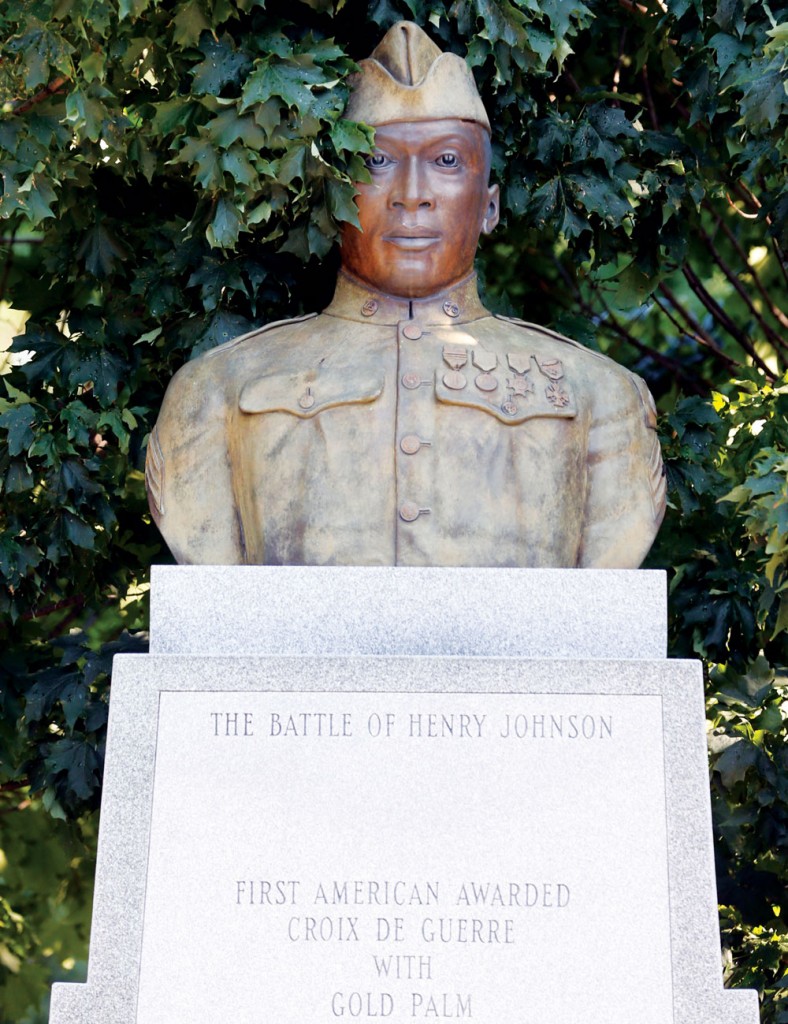 Nearly 100 years after he single-handedly fought off a German attack and saved a comrade from capture despite suffering serious wounds, Sgt. Henry Johnson is a step closer to getting a posthumous Medal of Honor.

Army Secretary John McHugh has approved a Medal of Honor application for Johnson submitted by Sen. Charles Schumer (D-NY) and sent it to Secretary of Defense Chuck Hagel for consideration. If Hagel gives his OK, the application will be sent to the Joint Chiefs of Staff and President Barack Obama for final approvals.

“It’s on Hagel’s desk right now,” Schumer said Thursday. “This has been a long hard road, but we’re getting close to the finish line to right a wrong that was done close to 100 years ago.”

If approved, Johnson would become the 89th black soldier to receive the Medal of Honor and just the second for heroism during World War I.

Johnson, a Virginia-born rail station porter in Albany, enlisted in the 369th Infantry Regiment, a New York National Guard unit based in Manhattan. With U.S. armed forces segregated at the time, the 369th was assigned to serve under French command when Johnson’s outfit arrived on the front lines in early 1918. That May, he and another soldier, Needham Roberts of Trenton, N.J., were on nighttime sentry duty when their position was attacked by a German raiding party of about two dozen.

Both Americans were wounded, but despite his many injuries, the 5-foot-4 Johnson used his knife and rifle to kill or wound several of the enemy who were trying to drag Roberts away. Johnson’s actions caused the other Germans to retreat.

Johnson was awarded the French Croix de Guerre, one of France’s highest honors, but his heroism was all but ignored by high-ranking U.S. military officials of the Jim Crow era, despite the many accounts of his actions published in newspapers back home in Albany, as well as in Chicago and New York City. Former President Theodore Roosevelt, in a book he wrote about World War I, listed Johnson among the bravest Americans to serve in the conflict.

“Everybody knew who Henry Johnson was,” said Jack McEneny, a retired state lawmaker and Albany historian who has been advocating Johnson’s case for 40 years. “He was a major source of pride and a realization for the black community and the white community of the value of African-Americans to the loyalty of this country.”

After the war, Johnson moved back to Albany, where he resumed working as a porter. Plagued by his wartime injuries, he died a destitute alcoholic at age 32 at a veterans hospital Illinois in 1929. He was believed to have been buried in a pauper’s grave, but his final resting place was found in Arlington National Cemetery in 2002. The next year, Johnson posthumously received the Distinguished Service Cross, the nation’s second-highest military decoration.

Previous attempts to get the Medal of Honor awarded to Johnson were rejected by Pentagon officials citing insufficient contemporary military documentation of his heroics. But in 2011, Schumer’s staff found such records, including U.S. Army reports in May 1918 describing how Johnson fought off an enemy attack despite being wounded and outnumbered.

Johnson’s story is already well-known in Albany, where there are two memorials in his honor and a street and a charter school bear his name.