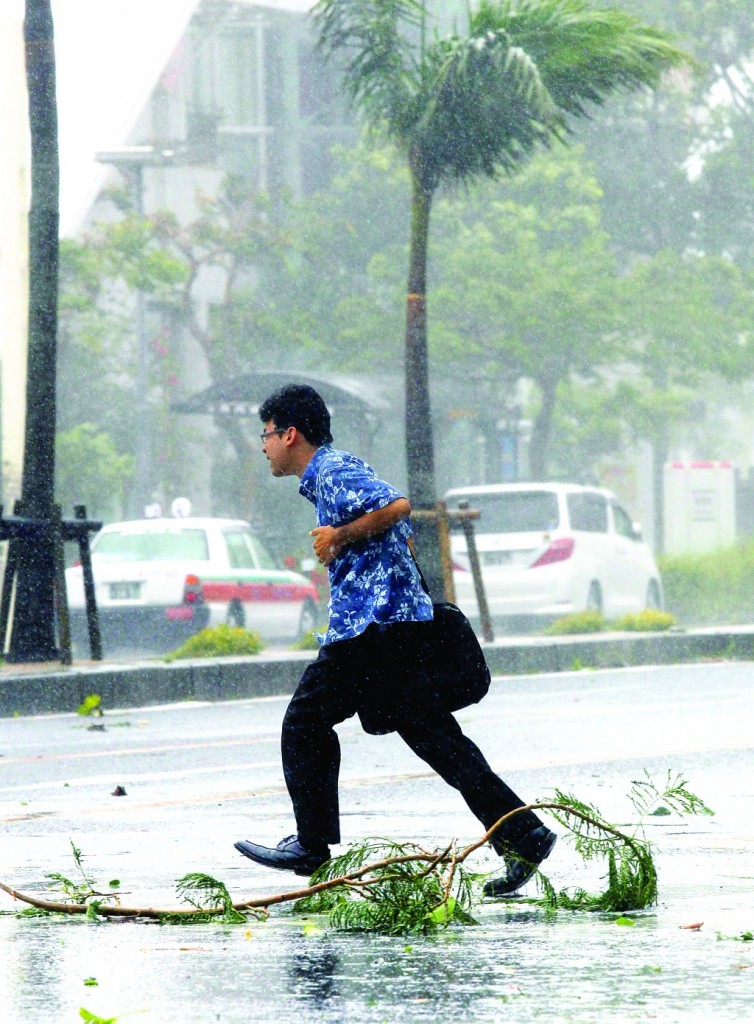 A typhoon paralyzed transportation and knocked out power to thousands on the southern Japanese islands of Okinawa on Tuesday.

The Okinawan government said 17 people were injured, one seriously. Separately, a man was reported missing from a fishing boat in rough seas off Kyushu island, to the north.

One of the strongest and biggest typhoons to hit during Japan’s summer, Typhoon Neoguri was packing sustained winds of 100 miles per hour and gusts up to 134 mph in late evening, the Japan Meteorological Agency said.

The storm was weakening, but forecasters said its wide area and slow movement could add to the potential damage. Japan is relatively well-prepared for typhoons, but torrential rains could cause greater damage if the typhoon moves across the Japanese archipelago as expected on Thursday or Friday.

Local airports were closed and nearly 600,000 people were advised to evacuate their homes, though most stayed put, taking refuge from the destructive winds, waves up to 46 feet high and storm surges that were set to intensify as the storm passed the main island of Okinawa in the evening and headed north toward Kyushu. Almost 100,000 homes remained out of electricity late Tuesday.

More than half of the 50,000 U.S. troops in Japan are based in Okinawa, the location of several bases, including Kadena, the biggest U.S. air base in Asia. An advisory on its website said all outdoor activity was prohibited due to the storm.

Footage showed a building shattered, damaged storefronts and trees toppled as winds picked up in the Okinawan capital of Naha.

Forecasts show the storm tracking toward Kyushu and then across Japan’s main island of Honshu. It is forecast to lose more of its power over land, but heavy rains could trigger landslides or flooding. Such risks are elevated by the storm’s timing, on the tail end of Japan’s summer rainy season.

Authorities in China and Taiwan also warned ships to stay clear of the storm.