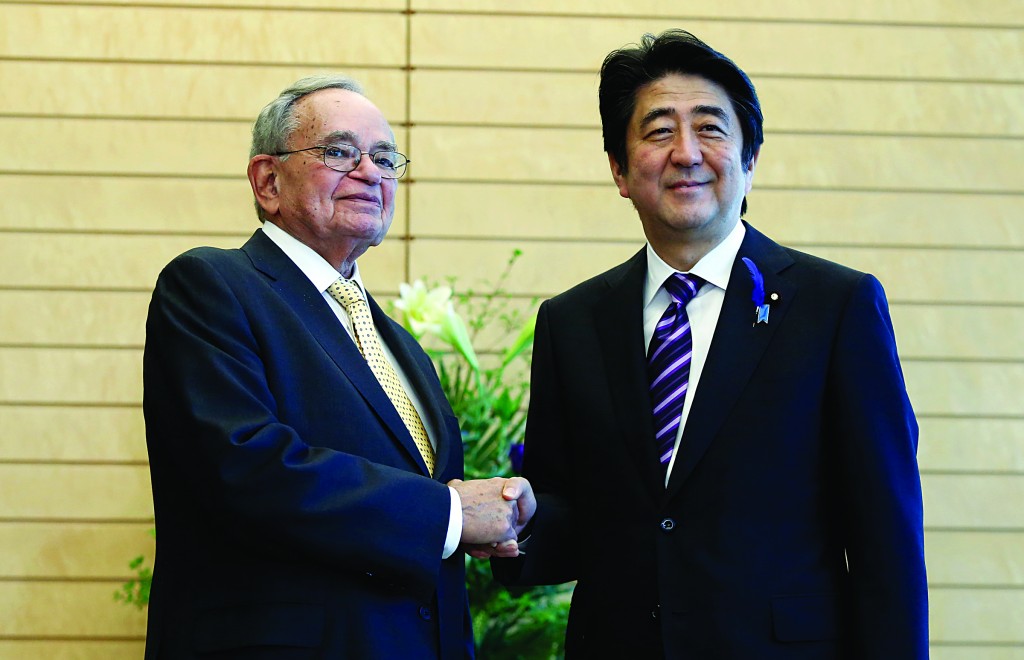 In 1940, a small Jewish boy fleeing the Nazis arrived at a remote Japanese port, saved by a Japanese consul who issued exit visas from Lithuania against his government’s orders, rescuing thousands of desperate European Jews from certain death.

Leo Melamed arrived in Japan with little more than the clothes on his back but went on to the United States, becoming a lawyer and head of the Chicago Mercantile Exchange(CME), where he introduced the idea of financial futures trading.

On Monday, Melamed, 82, was back in Japan to honor Chiune Sugihara, who over a period of roughly a month issued visas that allowed 6,000 Jews to escape war-torn Lithuania and the advancing Nazis — saving several times as many people as Oskar Schindler, made famous in the film “Schindler’s List.”

“It was truly death’s door,” Melamed told Reuters. “What was coming was the fire that was going to annihilate all of us, and he made the decision he did.” Within a year, almost all the Jews in Lithuania had been killed.

Sugihara was later asked to resign by Japan’s Foreign Ministry for defying the rules of a government then allied with Germany and that a year later was at war with the United States. He died in obscurity in 1986.

Trouble began for Melamed’s family in Bialystok, Poland, when the Nazis invaded in 1939. They fled into neighboring Lithuania and lived there until invasion by the Soviet Union posed new dangers. The only hope was a transit visa to Japan.

“I was hardly ever in school in those days,” Melamed said. “I was always listening to grown-ups tell their stories or their fears and their hopes.”

Sugihara began issuing the visas in late July 1940, writing them day and night for roughly a month, until he closed the consulate and left. Even then, he was writing visas and handing them out the train window. As his train pulled out he bowed and apologized to those who still remained on the platform.

Melamed and his family made a grueling trip across Russia on the Trans-Siberian Railway to Vladivostok, then crossed the wintry Sea of Japan by boat to the western port of Tsuruga.

“My mother looked at the mountains surrounding Tsuruga, with some snow at the peaks, and people down below shoveling snow, with straw hats. They still all wore kimonos at that time,” Melamed said. “And she looked at me and she said, ‘This is the first time in two years I will let go of your hand.’”

During his week in Japan, Melamed will meet with Prime Minister Shinzo Abe and visit Tsuruga to honor Sugihara.