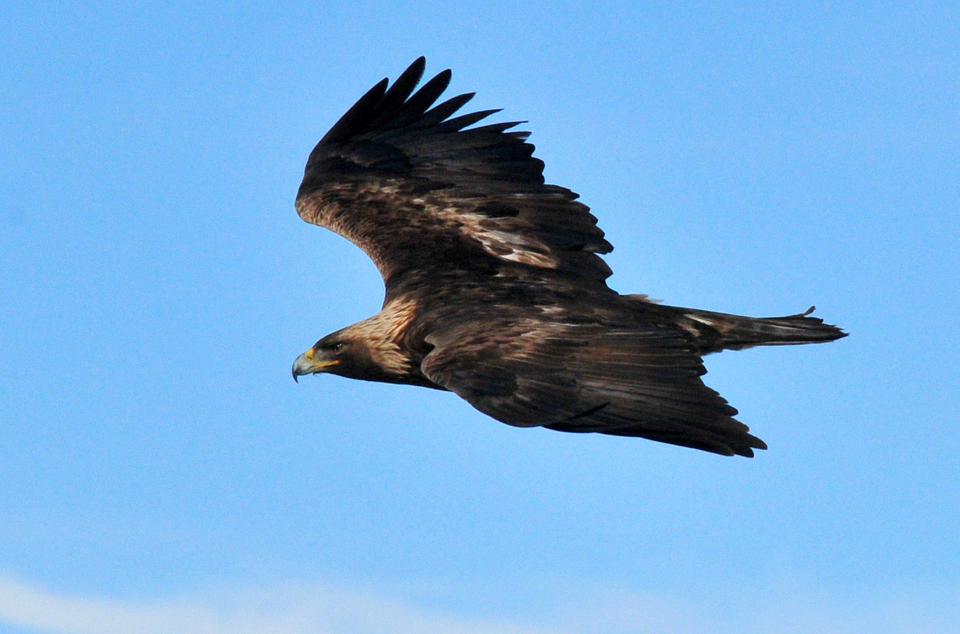 A California wind farm will become the first in the nation to avoid prosecution if eagles are injured or die when they run into the giant turning blades, the U.S. Fish and Wildlife Service said Thursday.

The Shiloh IV Wind Project LLC, 60 miles east of San Francisco, will receive a special permit allowing up to five golden eagles to be accidentally killed over five years. Previously, such a violation could potentially draw criminal charges and discourage private investment in wind farms known for catching birds in their rotors.

The permit will require the facility to take steps to prevent eagle injuries and deaths from electrocution by retrofitting 133 power poles. The permits are not required of wind farms, and federal prosecutors have only once filed criminal charges against a wind farm, in Wyoming.

Agency Director Daniel Ashe said the permit encourages development of renewable energy while requiring the wind company to take steps to protect eagles from turbines and power lines. The move will help California reach its goal of producing one-third of its energy from renewable sources by 2020, he said.

“We can’t solve the problem of eagle mortality at wind farms overnight,” Ashe said in a statement. “But this commonsense solution merits the support of all who advocate for the long-term conservation of eagles.”

Under President Barack Obama, wind energy has exploded as a pollution-free energy source that can help reduce the greenhouse gases blamed for global warming.

Michael Hutchins of the American Bird Conservancy said he believes the five-year permit for the California wind farm is reasonable, but he said the rapid expansion of wind energy has gotten ahead of the science and regulation to protect all types of birds and raptors. Too often, he said, wind farms are built in migratory patterns, near wetlands or over rodent populations.

Birds on the hunt can become distracted by what’s on the ground and fly into the rotors, Hutchins said.

“Is it really green energy if it’s going to kill hundreds of thousands of birds or bats each year?” he said. “The whole system needs a much harder look.”

The government has offered five-year permits since 2009 to wind companies, and last year it added a 30-year permit, drawing a lawsuit this month from the Conservancy, which argues that the government failed to evaluate the consequences and ensure it would not damage eagle populations.

An Associated Press investigation in 2013 found that the Obama administration has charged oil companies for drowning birds in their waste pits, and power companies for electrocuting birds on power lines, but has taken little, if any, action against wind-energy companies, shielding them from liability.

Shiloh IV Wind Project, a subsidiary of EDF Renewable Energy Inc., is a 102-megawatt wind farm operating since 2012 and made up of 50 turbines in Solano County. Representatives of EDF did not immediately respond to requests for comment.

Shiloh is the first to obtain a permit, despite them being available for five years. Marie Strassburger, the U.S Fish and Wildlife Service’s regional migratory bird chief, said that obtaining one requires a lengthy process, and because this is the first of its kind, officials have carefully crafted conservation plans with the wind company.

“It’s not a quick, expeditious process by any means,” Strassburger said.

Federal wildlife officials in California, Nevada and Southern Oregon are working on two more applications for five-year eagle permits and one for 30 years, said Scott Flaherty of the U.S. Fish and Wildlife Service in Sacramento. Eagles are not listed as endangered, but they are protected under a federal act.