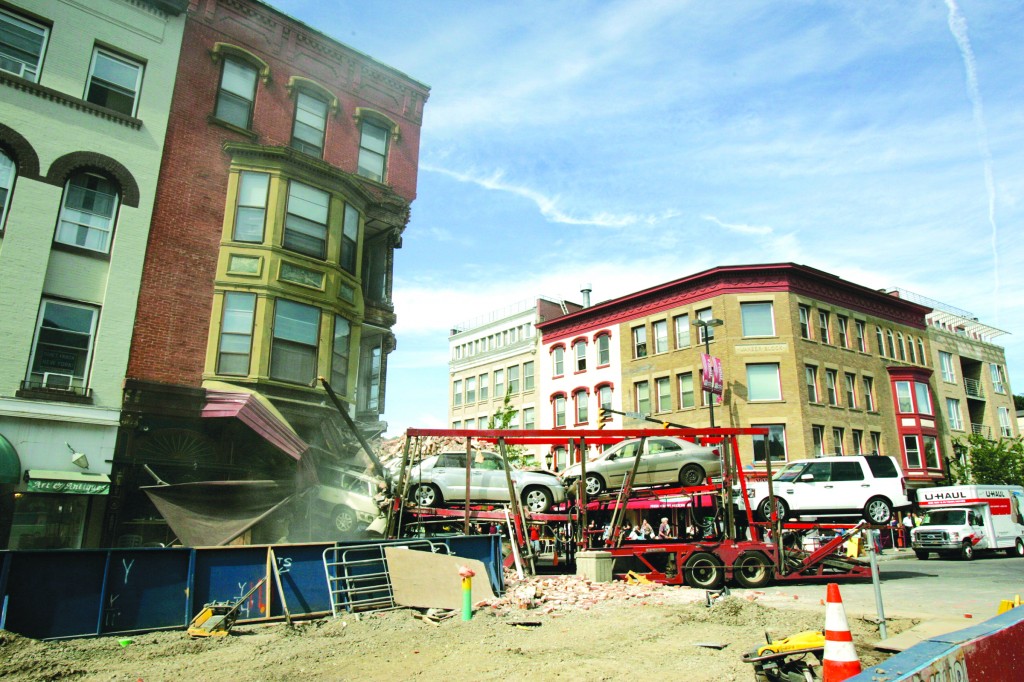 A tractor-trailer that crashed into an Ithaca restaurant, killing a worker, had faulty brakes, police said. The truck driver was ticketed for having an inadequate braking system and driving an over-length vehicle.

The truck was hauling seven vehicles when it crashed into the diner around 4 p.m. Friday. Police say 27-year-old Amanda Bush of Lansing, N.Y., was killed. Five other people were injured.

The truck was traveling down a hill when the driver tried to steer around a corner to avoid crews working on the street ahead. The rig plowed into the corner bistro, located on the ground floor of a historic four-story building.