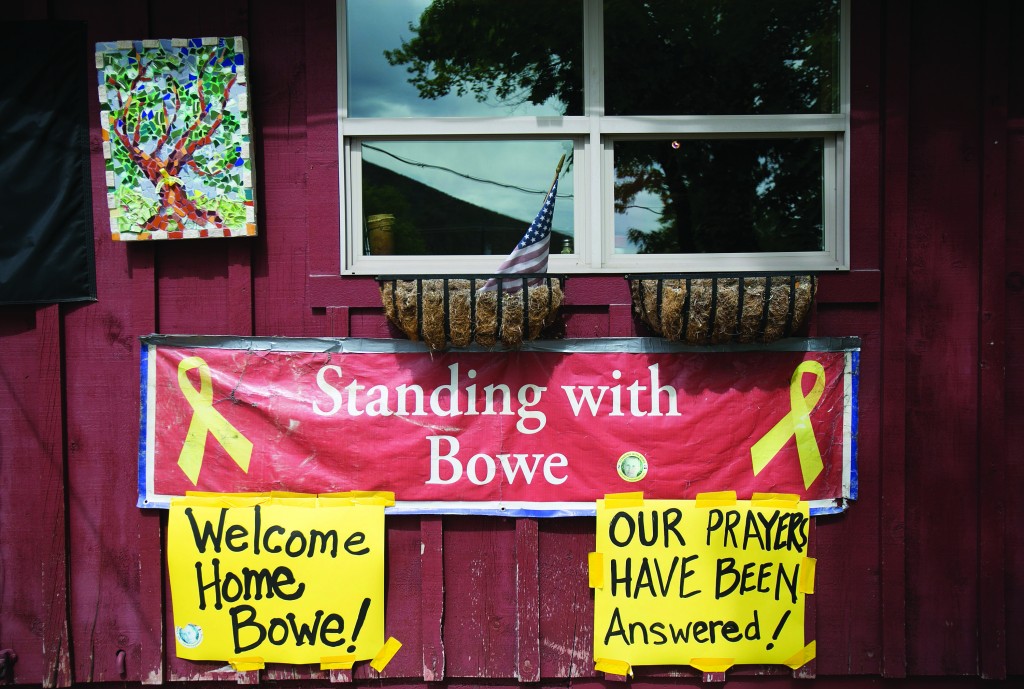 Five years a captive from the Afghanistan war, Sgt. Bowe Bergdahl is back in American hands, freed for five Guantanamo terrorism detainees in a swap stirring sharp debate in Washington over whether the U.S. should have negotiated with the Taliban over prisoners.

U.S. officials said Sunday that Bergdahl’s health and safety appeared in jeopardy, prompting rapid action to secure his release. Republicans said the deal could place U.S. troops in danger, especially if the freed detainees return to the fight.

One called it “shocking.” Arizona Sen. John McCain said of the five detainees, “These are the hardest of the hard core.”

Visiting troops in Afghanistan, Defense Secretary Chuck Hagel stepped forward at Bagram Air Field to thank the special operations forces who retrieved Bergdahl, who officials said was the only American prisoner of war still held by insurgents in that conflict. Gen. Joseph Dunford spoke of the excitement that spread through U.S. ranks when the sergeant’s release was confirmed. “You almost got choked up,” he said. “It was pretty extraordinary.”

Tireless campaigners for their son’s freedom, Bob and Jani Bergdahl thanked all who were behind the effort to retrieve him. “You were not left behind,” Bob Bergdahl told reporters, as if speaking to his son. “We are so proud of the way this was carried out.” He spoke in Boise, Idaho, as residents in the sergeant’s hometown of Hailey prepared for a homecoming celebration.

“I’m going to celebrate him coming home,” said Republican Rep. Adam Kinzinger of Illinois. But the release of “five mid- to high-level Taliban is shocking to me, especially without coming to Congress.”

Republicans also said the deal violated requirements that Congress be given 30 days’ notice before any exchange of captives at Guantanamo.

National security adviser Susan Rice said “an urgent and an acute situation,” which she did not specify, did not allow that time.

“We did not have 30 days to wait,” she said. “And had we waited and lost him, I don’t think anybody would have forgiven the United States government.”

Bergdahl, 28, is being treated at Landstuhl Regional Medical Center in Germany. Rice said he had lost considerable weight and faced an “acute” situation. Yet she said he appeared to be “in good physical condition” and “is said to be walking.”