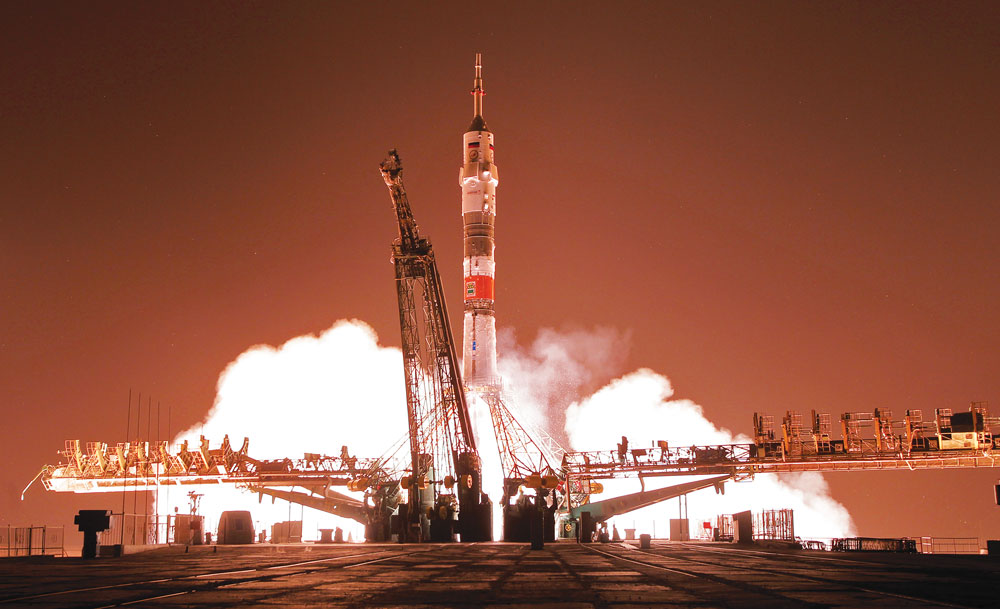 A Russian rocket carrying a three-man crew to the International Space Station has blasted off successfully from the Baikonur cosmodrome in Kazakhstan.

The Soyuz booster rocket lifted off as scheduled at 1:57 a.m. Thursday (1957GMT Wednesday) and soared into the darkness over the Central Asian steppe in what a NASA commentator described as a “flawless launch.”

The crew — NASA’s Reid Wiseman, Russian cosmonaut Max Surayev and German Alexander Gerst of the European Space Agency — were set to arrive at the orbiting station less than six hours later and remain there for six months.

They were joining two Russians and an American who have been at the station since March.

The Russian and U.S. space agencies have continued to cooperate despite friction between the two countries over Ukraine. NASA depends on the Russian spacecraft to ferry crews to the space station and pays Russia nearly $71 million per seat.

Until last year, Russian spacecraft used to travel two days to reach the station, and this will be only the fifth time that a crew has taken the six-hour “fast-track” route. After the previous launch, in March, the crew ended up taking the longer route because of a software glitch.