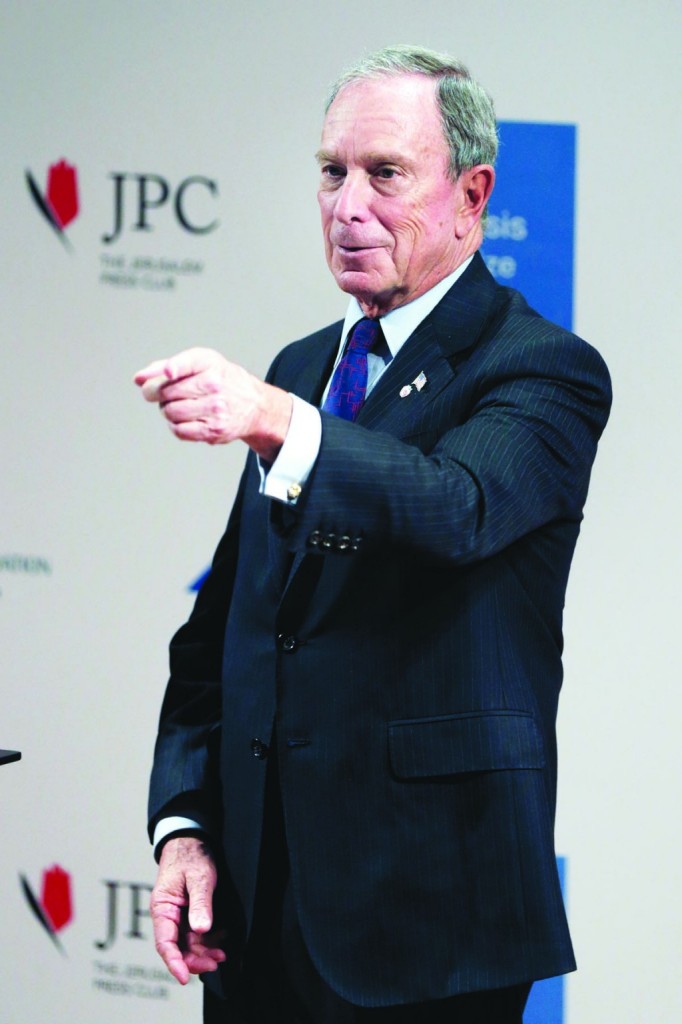 Former New York Mayor Michael Bloomberg said Thursday he is honored to be the first recipient of the $1 million Genesis Prize and pledged the money would go to help make the world a better place.

Bloomberg was in Yerushalayim to accept the prize, dubbed the “Jewish Nobel,” which is being awarded to him in recognition of years of public service and philanthropic efforts.

Bloomberg’s foundation said the planned competition would accept proposals from all over the world for potential projects “guided by Jewish values” that address pressing issues in creative ways. Up to 10 winning teams will receive at least $100,000.

Prime Minister Benjamin Netanyahu was headlining a list of more than 400 dignitaries attending the award ceremony, along with business leaders, Nobel laureates, philanthropists and entertainers.