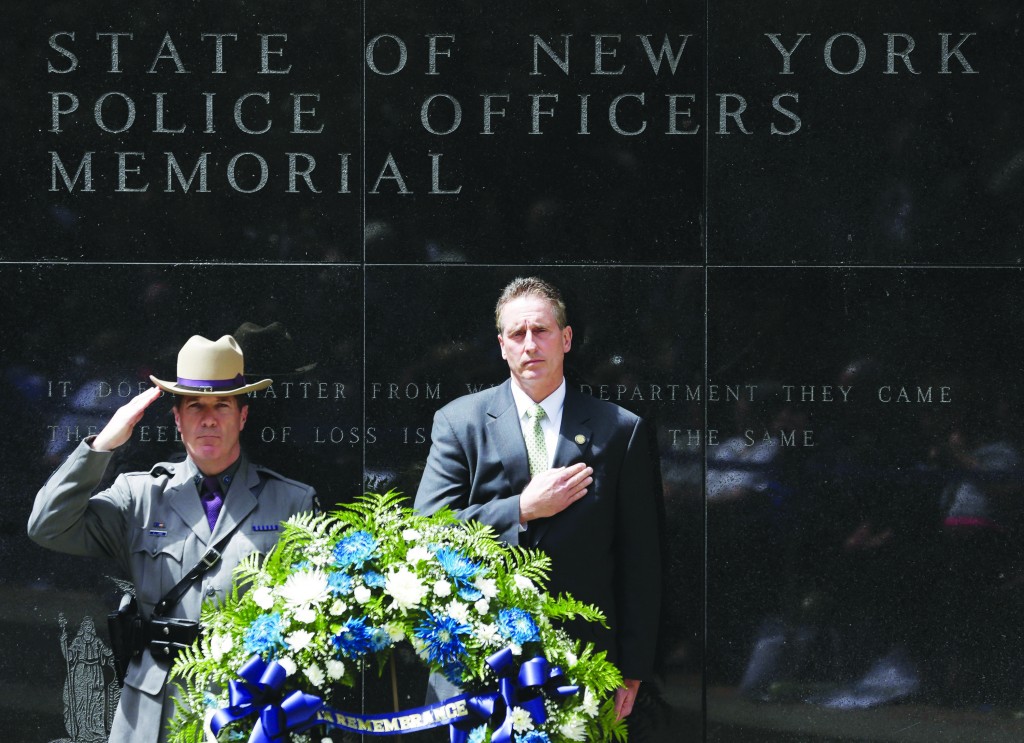 The names of police officers who died from Ground-Zero-related illnesses now outnumber the 60 killed in the 9/11 attacks engraved on the New York State Police Officers’ Memorial in Albany.

The names of 20 officers have been added to the black granite memorial. They include 12 New York City and one Peekskill officer who died of from illnesses connected to the attack. That raised the total to 71.

According to authorities, the 13 died from cancers attributed to rescue and recovery work at the collapsed World Trade Center towers in Manhattan.

“I live near the World Trade Center. I inhaled the toxic smoke that permeated every square inch of lower Manhattan,” Assembly Speaker Sheldon Silver said. “I know how nobly and heroically the NYPD carried out their duties on that tragic September day and the terrible days that followed.”

Silver addressed hundreds of police, relatives and officials who gathered for the annual remembrance ceremony Tuesday at the memorial located in the Empire State Plaza in downtown Albany to honor officers who died from duty-related causes. He acknowledged it was small condolence for surviving families that the experience of what their loved ones endured will prevent a similar fate for other first responders.

After the ceremony, several declined to talk, saying both the ceremony and what they’d experienced were difficult.

For those who died later as a consequence of the trade center attacks, it has also meant several years of disabling injuries and illness, Lieutenant Governor Robert Duffy said. More than half of the 1,360 names on the wall were members of the NYPD, he said.

Also added this year were the names of four state troopers, a Buffalo officer who died last year from a gunshot wound she received responding to a 911 call from a convenience store in 2006, a Yates County deputy killed in 1957 and a state conservation game protector killed in 1914.