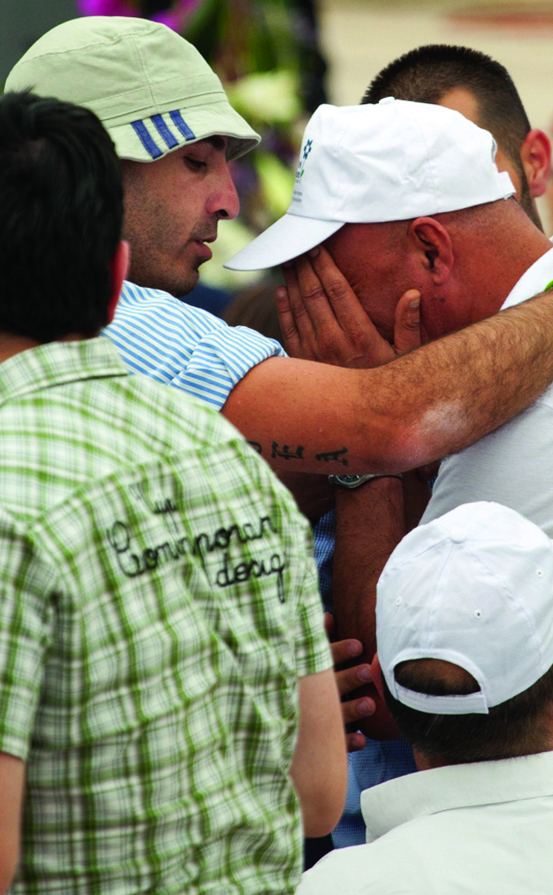 Several members of families who have lost relatives to terrorism disrupted Israeli Prime Minister Binyamin Netanyahu’s speech at Mount Herzl in Yerushalayim during a ceremony on Monday for Israelis killed in terror attacks.

“Mr. Prime Minister, you are freeing the murderers of our children,” one man with tear-streaked face shouted, as Netanyahu came to the podium to deliver his address. When security guards approached the man, he calmed down and agreed to return to his seat, The Times of Israel reported.

“I read your letter,” Netanyahu said to the protesters, referring to a request he had  received from opponents of the Palestinian prisoner releases that he not attend the memorial event.

“In the complex reality in our region, successive Israeli governments were forced to repeatedly make tough decisions,” he said. “I knew I’d meet you, but I saw it as my responsibility as prime minister of Israel to come here to meet with you on Memorial Day.”

The demonstrators held red flags over their heads and shouted protests at Netanyahu, then walked out on the ceremony.

Jacob Kimche, who heads the One Heart terror victims support organization, told Arutz Sheva that they felt obligated to demonstrate against Netanyahu, following his decision to released terrorist murderers from Israeli jails as a “goodwill gesture” to the Palestinian Authority.

“We’ve been through a lot … kids who lost parents … we couldn’t just sit down and do nothing,” he said.

Describing his feelings, Kimche, whose father Rahamim was murdered in a 2002 terrorist attack,  said the pain was overwhelming.

“It takes your heart and squeezes it so hard that you want to scream ‘Why? Why me? Why my father? Why us? Why is there no end to the attacks?’”

He said that they decided to hold a silent protest, standing up and holding red flags and walking out of the ceremony together, but that he supported the man who spoke out.