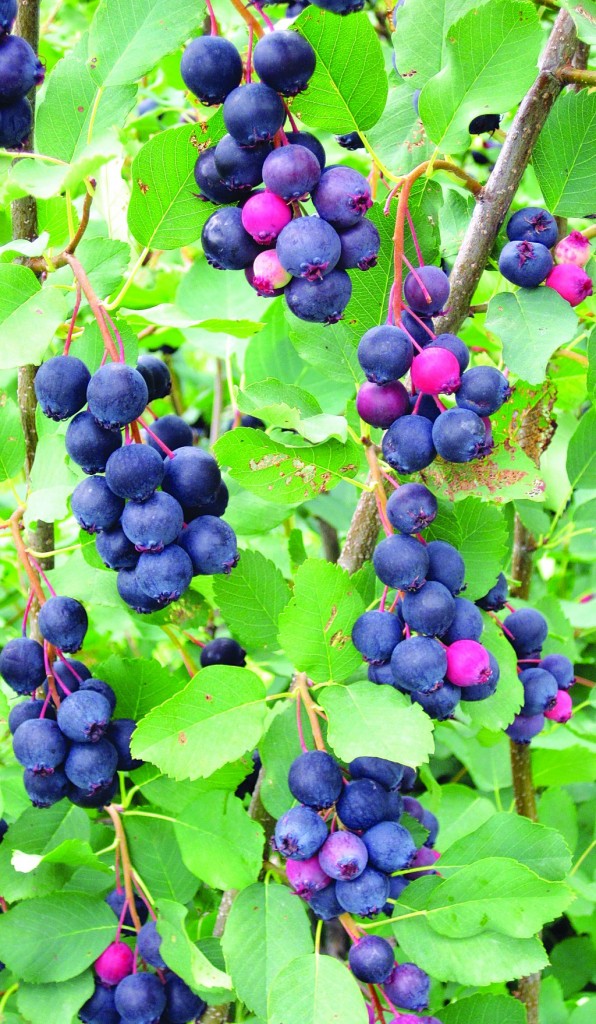 Like the taste of cherries, raisins and almonds? How about all in one? Try a juneberry.

After Chris Luley planted a few of the shrubs on his organic farm just to try them out, he soon found customers and local chefs clamoring for more of the purple fruit with a taste that’s been described as a combination of those flavors.

“Everyone wondered why we didn’t grow more,” said Luley, an urban forester who runs his small farm as a sideline in the Finger Lakes region of western New York. “It was clear there was a lot of market potential out there.”

Juneberry, a native North American fruit also known as shadbush, serviceberry or saskatoon, looks similar to a blueberry but actually is in the same family as apples, pears and almonds. Touted by nutritionists as a “super fruit” because of its high levels of antioxidants, vitamins and fiber, it has caught on in recent years as a commercial crop. Now, researchers in upstate New York are making an effort to expand production.

Juneberries can be eaten fresh or used like blueberries in jams, pies and muffins.