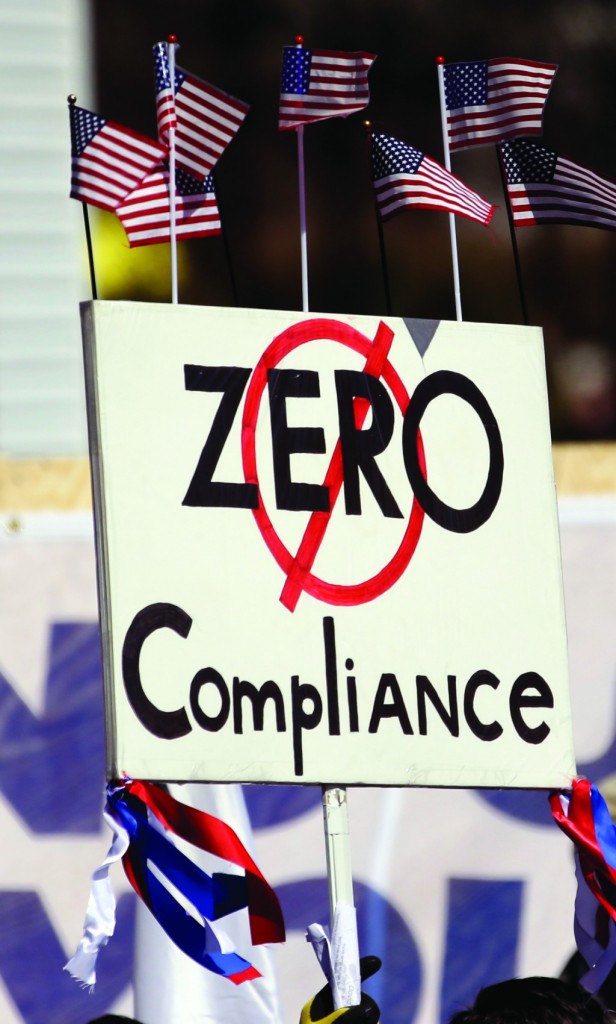 Many New York gun owners expect the April 15 deadline to register assault weapons under the state’s strict new law to be largely ignored.

“People are pretty much convinced once they get on this registration, the next time they’ll say they’ve got to turn them in,” said Stephen Aldstadt, president of the Shooters Committee on Political Education, who helped organize a protest at the Capitol last week against the law.

The state’s SAFE Act, spearheaded by Democratic Gov. Andrew Cuomo and passed in the wake of the 2012 school shooting in neighboring Connecticut, bans New York sales of semi-automatic weapons with detachable magazines and one military-style feature.

For an estimated 1 million older guns already owned by New Yorkers, including popular AR-15s, the law requires registration. State police have established simple online registrations but refuse to say how many they’ve received. Cuomo, when asked, said he didn’t know.

Critics say that’s because hardly anyone is signing up. Aldstadt said his group, which counts more than 300,000 members statewide, isn’t telling people to disobey the law. But some owners have said they won’t do it, while others are removing features, such as pistol grips, from their semi-automatics so they won’t meet the state’s definition of an assault weapon.

“I refuse to comply,” said Jeff Tutuska, a graphic artist from West Seneca who was among a few thousand at the Capitol protest. He held a sign saying: “I’d rather have it & not need it than need it & not have it.”

Reuben Tompkins, 59, of Greenville, said he didn’t know of anyone who planned to register a gun under the new law. “I hope nobody does,” he said.

But failing to register comes with its risks.

According to New York State Police, failure to register an assault weapon by the deadline is punishable as a misdemeanor “and forfeiture of the weapon.” If it is “deemed to be unintentional,” a 30-day amnesty period will be extended to register it.

However, another penal law provision defines possession of a knowingly unregistered gun as a low-level felony. The misdemeanor carries up to a year in jail, the felony, up to four years in prison.

State police spokeswoman Darcy Wells said Friday that the charge in any case will be up to the prosecutor, that New York has been registering weapons for more than 80 years and that this provision just expands that registry. “Enforcement will be handled the same as other laws as mandated through state police policy and procedure,” she said.

Bob Kuehne, of Penn Yann, was also philosophically opposed to the law on Second Amendment grounds but said he registered the Hi-Point rifle he uses in shooting competitions because he doesn’t want to risk being stopped with the gun in his car by a police officer.