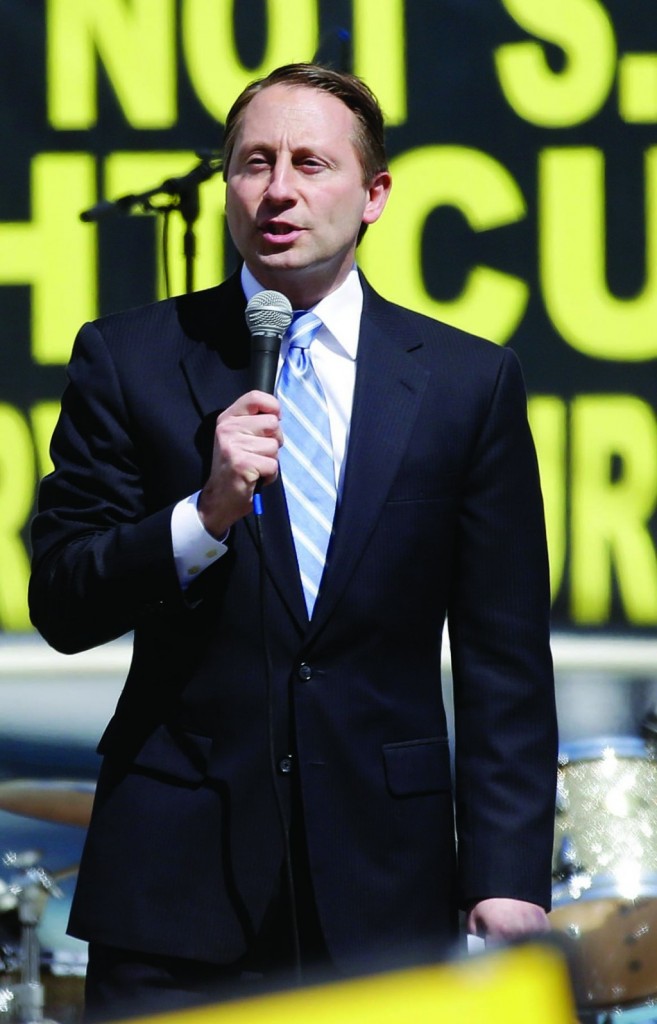 Thousands of gun-rights supporters rallied outside New York’s Capitol Tuesday to call for the repeal of gun-control measures championed by Gov. Andrew Cuomo, which they intend to use as a rallying cry in the fall elections.

Supporters of New York’s gun-control measures — among the most restrictive in the U.S. — held a smaller event inside the Statehouse to announce several new bills, including one that would prohibit anyone from buying more than one gun a month.

Speakers at the larger rally on Empire State Plaza, including Republican gubernatorial candidate Rob Astorino, said the law prohibiting the sale of some popular guns like the AR-15 goes too far and should be scrapped.

“He took away your rights — you take away his job,” said Astorino, the Westchester County executive, urging those present to channel their opposition into political action.

Celebrity businessman Donald Trump announced last month that he wouldn’t challenge Cuomo — but it didn’t stop cheers from some attendees who hoisted “Trump for Governor” signs.

“I’m a big Second Amendment person,” Trump said, noting that he has a pistol permit. “You have the constitutional right to bear arms.”

“You cannot blame Cuomo when you have two legislative houses that allowed it to get to him,” said Royal Kraeger, a Vietnam veteran and a gun owner from Boonville, N.Y., who attended Tuesday’s rally. “We have to get people out to vote. We have to get a lot of legislators out (of the Legislature) as well.”

“This issue has driven strong feelings on both sides for decades,” he said.

The new gun-control proposals announced Tuesday include requiring gun owners to use gun safes or trigger locks when storing a gun, a 10-day waiting period before a buyer can take possession of a gun, and a rule that would prohibit anyone from buying more than one handgun a month.

“We are far from done,” said Alex Dubroff, the leader of the upstate chapter of Moms Demand Action for Gun Sense in America.