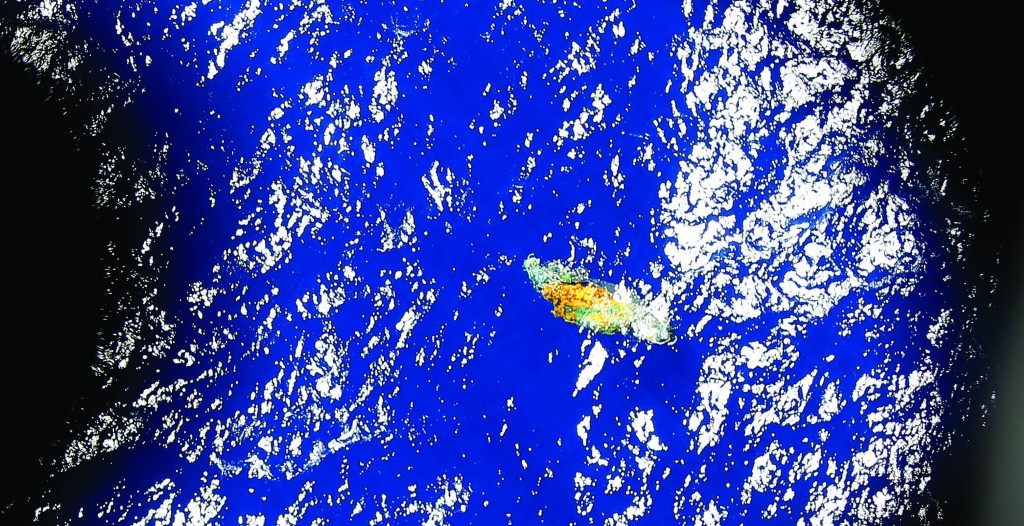 Although it has been slow, difficult and frustrating so far, the search for the missing Malaysia Airlines jet is nowhere near the point of being scaled back, Australia’s prime minister pledged Monday.

The three-week hunt for Flight 370 has turned up no sign of the Boeing 777, which vanished March 8 with 239 people bound for Beijing from Kuala Lumpur. Ten planes and 11 ships found no sign of the missing plane in the search zone in the southern Indian Ocean, about 1,850 kilometers (1,150 miles) west of Australia, officials said.

The search area has evolved as experts analyzed Flight 370’s limited radar and satellite data, moving from the seas off Vietnam, to the waters west of Malaysia and Indonesia, and then to several areas west of Australia. The search zone is now 254,000 square kilometers (98,000 square miles), about a 21/2-hour flight from Perth.

Items recovered so far were discovered to be flotsam unrelated to the Malaysian plane. Several orange-colored objects spotted by plane Sunday turned out to be fishing equipment.

Those leading the effort remain undaunted, with Prime Minister Tony Abbott saying officials are “well, well short” of any point where they would scale back the hunt. In fact, he said the intensity and magnitude of operations “is increasing, not decreasing.”

On Monday, former Australian defense chief Angus Houston began his role of heading the new Joint Agency Coordination Center, which will oversee communication with international agencies involved in the search.

The Ocean Shield, an Australian warship carrying a U.S. device that detects “pings” from the plane’s flight recorders, left Perth on Monday evening for the search zone, a three- to four-day trip. The Australian Maritime Safety Authority, which is coordinating the search, said it conducted sea trials to test the equipment.

Investigators are hoping to first find debris floating on the surface that will help them calculate where the plane went into the water.