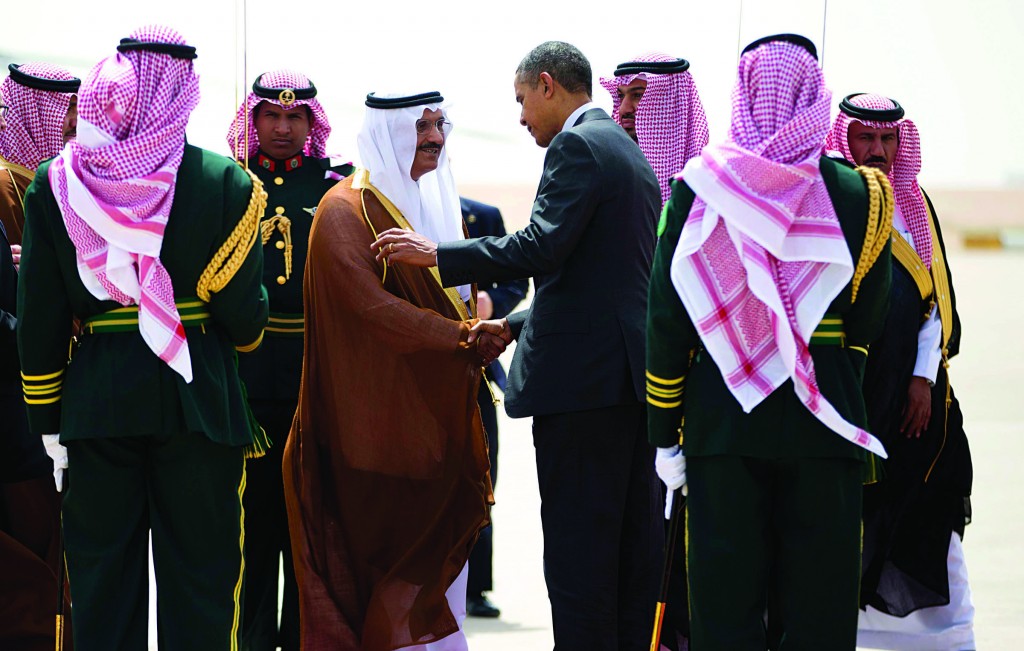 A week of international prodding, outreach and reassurance behind him, President Barack Obama returned to Washington amid looming domestic and foreign challenges, from a fast-approaching deadline for health-care enrollment to renewed worries about Russia’s intentions in Eastern Europe.

Obama left Saudi Arabia on Saturday, a day after meeting with the country’s aging monarch, King Abdullah. But tensions between Russia and Ukraine, which dominated his visit earlier in the week to the Netherlands and Belgium, continue to dog him, and his health- care apparatus is dealing with an influx of last-minute sign-ups.

The fallout of Russia’s annexation of the Crimean Peninsula away from Ukraine has been a persistent worry.

Obama, who also visited Pope Francis while in Rome this week, was back at the White House late Saturday, two days before the sign-up deadline for health- insurance coverage.

The Obama administration says its health-care sign-up website was taken down briefly Friday as consumer interest surged. Earlier in the week, the administration provided extra time to sign up for people who had already started an application but were unable to finish before the deadline and for people who had not been able to sign up due to certain special circumstances.

“There’s an all-out push, it’s going to continue right up to the end in terms of reaching audiences out there, including young adults,” White House spokesman Jay Carney said Friday.